Overhauling the artwork approval process? A senior labeling manager at Bausch Health shares tips about what to consider before you start. 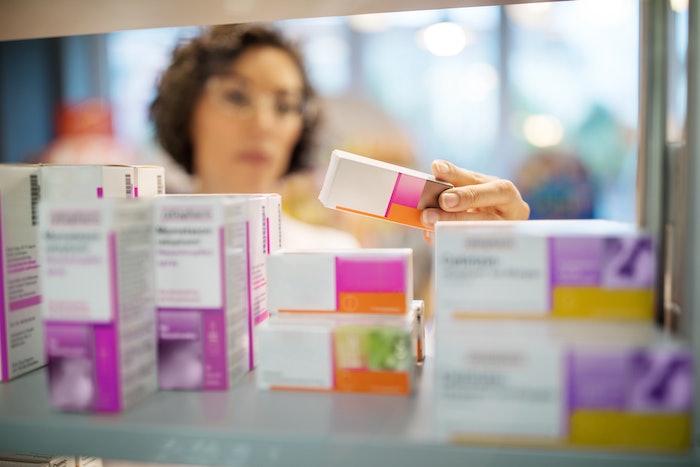 In label management, breakdowns in communication and bottlenecks can cause delays in packaging implementation.

Nicole Quallis, Senior Labeling Manager at Bausch Health, recently spoke on a panel at Pharma Packaging and Labeling East Coast 2019 about her experience with overhauling the artwork approval process. Over the next two issues, she’s sharing tips on what to consider before you start.

Many times companies experience communication breakdowns between artwork approval and implementation, but as Quallis notes, “These issues can happen anywhere in the process due to lack of proper methods. Who handles all the downstream activities after a labeling component is approved and who needs to be notified because of it?”

Before the team began the streamlining process, change control records were initiated at the beginning of a labeling change, and were used as the trigger for label changes. “We could not start an artwork change until another functional group created a change control record, which was a bottleneck that could take weeks while the clock was ticking. After an urgent labeling change—like an FDA approval—it’s imperative that we begin artwork revisions as soon as possible. Waiting for a change control to be initiated to revise urgent changes was a huge obstacle.”

“Even from my past experience working at other companies, the labeling group was not waiting for change controls to start artwork revisions. The regulatory or supply chain reasons should really be what's driving your change, not waiting on the change control,” Quallis notes.

When the group went through process mapping, one eye-opener was the importance of educating all stakeholders in the others’ roles and needs.

Everyone has to know what the labeling process entails. “There are so many steps, so many people involved, before a label can be used on the commercial side,” says Quallis. Stakeholders didn’t necessarily understand what went on when a revision was requested. “They just knew they needed updated artwork. As the receivers of the information, they wondered ‘How soon can I get it?’ but they didn’t realize it's not just a simple process,” explains Quallis.

Every department involved in the label approval process should be on the project team, but each department should funnel their comments through one representative to maintain efficiency. “You think about how many people you have in regulatory, marketing, supply chain, etc. There's no way you can have every person bring commentary to a meeting, but the representative should be able to take back any questions or concerns to their groups and get that feedback to bring it back in,” says Quallis.

“One group that hadn’t been a part of the label review process was the quality group. They would receive the label after it was approved. But we brought quality into the project team once we started identifying gaps. At the end of the day, they also want to be sure that what was approved is being used in production.”

She feels that this was an important change as quality should know upfront when a change is coming so they can start planning for implementation.“If there's something critical that we're updating this insert for, how do we know (1) when it's actually getting put into production but also (2) if it's taking too long, how is that going to impact us from a patient and company standpoint?”

It also helps to pare down approvers and put them in the right order. The team found they were able to remove some people from the label review process because input from lawyers, pharmacovigilance (PV) and the medical group is provided at the outset of a change, before the review process begins in the artwork management system. Their critical steps are at the beginning after receiving FDA comments. They don’t need to reapprove when the artwork is placed on the dielines because the content will not have changed since their input.