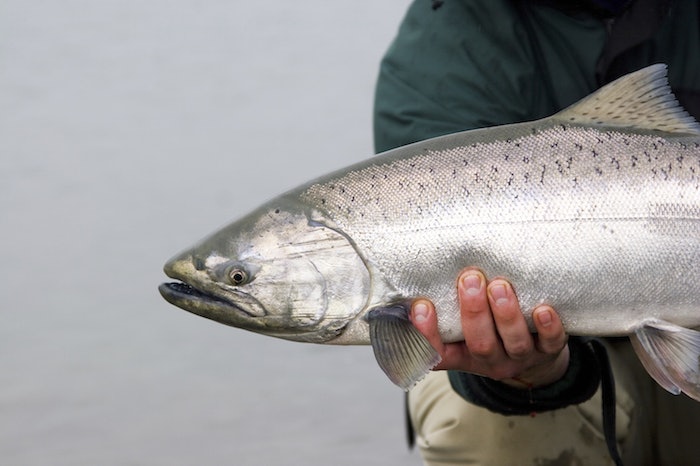 FDA’s Nov. 19 announcement that it had determined AquaBounty Technology’s AquAdvantage salmon is as safe to eat as non-genetically engineered salmon drew passionate responses, particularly from those opposing the fish.

The agency’s announcement also caused the Center for Food Safety (CFS) to announce plans to sue FDA to block its approval. On the CFS website, the non-profit environmental advocacy organization noted, “Consumers concerned about their personal health may not be able to avoid the fish. While 9,000 grocery stores and numerous restaurants have vowed not to sell the GE fish, [the] lack of labeling laws mean that average consumers will not have a choice.”

Among the media responses, Wired.com said, “In a first, the FDA clears genetically modified salmon for eating—it just took 20 years,” attributing the lengthy timeframe to the development of the science and the regulatory pathway. The lead paragraph in the piece referred to the salmon as “Frankenfish.”

A Washington Post story quoted Dana Perls, Food and Technology Campaigner at Friends of the Earth, as saying, “It was a flawed and irresponsible approval. It sets a very dangerous precedent, given our federal government agencies are ill-equipped to handle genetically engineered animals. I think it is a grave mistake we will come to regret.”

NYTimes.com said, “Despite the approval, it is likely to be at least two years before any of the salmon reaches supermarkets, and at first it will be in tiny amounts.” The article noted, “The approval could help other efforts to develop genetically modified animals.”

AquaBounty Technologies, Inc., with offices in Maynard, MA, and Fortune, Prince Edward Island, Canada, raises and produces the salmon. The NYTimes.com story said, “If the salmon were bred or raised elsewhere, for marketing to Americans, that would require separate approvals.”

FDA to regulate salmon as a drug

One especially interesting aspect of the agency’s announcement: “The FDA regulates GE animals under the new animal drug provisions of the Federal Food, Drug, and Cosmetic Act, because the recombinant DNA (rDNA) construct introduced into the animal meets the definition of a drug. In this case, the rDNA construct introduces a trait that makes the AquAdvantage Salmon grow faster.”

The agency also said, “After an exhaustive and rigorous scientific review, FDA has arrived at the decision that AquAdvantage salmon is as safe to eat as any non-genetically engineered (GE) Atlantic salmon, and also as nutritious.

FDA noted that its “scientists rigorously evaluated extensive data submitted by the manufacturer, AquaBounty Technologies, and other peer-reviewed data, to assess whether AquAdvantage salmon met the criteria for approval established by law; namely, safety and effectiveness. The data demonstrated that the inserted genes remained stable over several generations of fish, that food from the GE salmon is safe to eat by humans and animals, that the genetic engineering is safe for the fish, and the salmon meets the sponsor’s claim about faster growth.

“FDA assessed the environmental impacts of approving this application and found that the approval would not have a significant impact on the environment of the U.S. That’s because the multiple containment measures the company will use in the land-based facilities in Panama and Canada make it extremely unlikely that the fish could escape and establish themselves in the wild.”

The agency noted, “At the same time, many consumers also want to know whether their food or any ingredients in their food is derived from genetically engineered sources. Although the law does not require food containing ingredients derived from these salmon to be labeled as GE, FDA recognizes that many consumers are interested in this information, and some food manufacturers will want to make the distinction.

“Both guidance documents explain FDA’s best thinking on how to make it easy for consumers to know whether a food was produced using genetic engineering or not,” said Felicia Billingslea, B.S., M.S., Director of FDA’s Division of Food Labeling and Standards.

Labeling of foods from GE plants

FDA says it recognizes that many consumers are interested in whether food ingredients are derived from genetically engineered plants, and has issued guidance for manufacturers that wish to voluntarily label their foods as containing or not containing such ingredients.

"If manufacturers wish to label their food as not being produced using genetic engineering," said the agency, "we recommend they use terms such as 'not genetically engineered,' 'not bioengineered,' or 'not genetically modified through the use of modern biotechnology.'”

Foods derived from genetically engineered plants must meet the same safety, labeling, and other regulatory requirements that apply to all foods regulated by FDA.