A consultant says the rise of drugs that treat or help alleviate chronic conditions "has meant that there is also an increase in competition from device manufacturers looking to develop therapy-specific devices.” 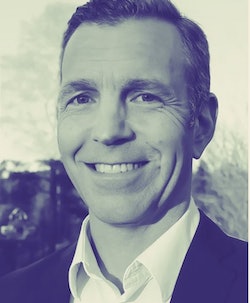 Charbel Tengroth, MD of Tengroth Consulting will speak at Pharmapack Europe on “Current trends in biosimilars and impacts on autoinjector development.”

Ahead of Pharmapack Europe, Healthcare Packaging spoke with Charbel Tengroth, MD of Tengroth Consulting regarding his session “Current trends in biosimilars and impacts on autoinjector development.”

In a year when innovation has pushed ahead, Tengroth offers his perspective on how increasing the number of biosimilar approvals will affect the autoinjector market, what opportunities abound, and his perspective on growth in the near term.

Pharmapack Europe will host a maximum of 5,000 attendees and 410 exhibiting companies across a two-day in-person event at the Paris Expo, Porte de Versailles, Paris from October 13 to 14. In addition, the event will be run in a hybrid format and will feature a four-week long digital platform, hosted from September 27 until October 22.

The full list of sessions and insights are available here.

Healthcare Packaging (HCP): Can you give a high-level overview of biosimilars?

Charbel Tengroth: “So let’s start with the trends in biosimilar use in Europe, where there are more products than in any other market. The market dynamic is different in Europe, you have much stronger tendencies across the health sector to adopt biosimilars in order to reduce the cost of treatment, including the cost for the patient. There must be legislation in place to change the market dynamic I believe; I think a lot of people saw the ‘Affordable Healthcare Act’ as something that would be promoting the use of biosimilars more in the U.S., but I’m not sure it has played out as expected.

However, what we are also seeing is that the numbers of biologics that are offered with devices is increasing. This is something we must expect and is therefore a positive development for injection devices in biosimilars. If the original product uses a device like an injection pen, then there is high probability that the biosimilar will use a similar mode of delivery.

Devices also offer a huge advantage in terms of convenience including the way the patient can administer the drugs themselves – they don’t have to go to a clinic. I envision this will continue to be a big growth area, especially for treating patients with chronic conditions. With respect to the biosimilar developers, this also offers the chance for their product to stand out or be differentiated from their competitors, so I think there’s quite a lot to say about biosimilars driving the development in injection devices.”

HCP: Does that mean a new device is more likely to have some sort of exclusivity agreement with a company?

CT: “Interesting question, because for a pharma company, negotiating and obtaining exclusivity from a device manufacturer in a single therapy area can be a way of keeping out of competitors. The rise of medications that have come to market that help alleviate or treat various chronic conditions has meant that there is also an increase in competition from device manufacturers looking to develop therapy-specific devices. Competition in this case will be very healthy, as there will be many products that are specifically licensed or have exclusivity agreements, making it very hard for device manufacturers to sell the same device to competitors, especially as companies from the pharma side are looking to enter the biosimilar market and will look to use a device that will make their product stand out.

HCP: How are autoinjectors affecting demand for biosimilars?

CT: “The use of autoinjectors is a lot more accepted today than it was 10 years ago, just because of the proliferation of products that use autoinjectors. If you look at the therapy areas, if you look at diabetes or obesity, you have at least one, if not two glucagon pens, and there is a significant number of potential patients within those therapy areas. In the past, autoinjectors were limited to autoimmune diseases or things like MS, those are essentially rare because there are a limited number of people that suffer from them in comparison to heart disease or diabetes. However, autoinjectors are now being used for conditions that are more prevalent.

Another example would be new products like Aimovig which is aimed at patients that suffer from severe migraines. If this is something that is efficient, this will certainly increase the use of injecting – this is a new therapy area where you expose the autoinjectors to new patient groups. Certainly, in the last 5 years, we are seeing the threshold for acceptance is lowering and that is down to new, efficient therapies and the rise of patient groups. When people start seeing that these treatments are highly efficient, it will have a big impact. New therapy areas will be a driver for the drug delivery devices market, but that’s only if the treatments are effective. We saw this firsthand with Cosentyx, which is a treatment against psoriasis. It was a highly effective treatment and the demand for the drug was a lot higher than what was anticipated and a lot more than what they initially could produce. They ended up playing catch-up for a number of months with market demand post-launch!”

HCP: Does this mean that the patient will become more central in the design process for devices. For instance, in the case of any migraine injector, it’s going to have to be fairly portable if you take it when you have one?

CT: “Yes absolutely, it is the same case for these glucagon pens in terms of portability. These pens are often used when a diabetic patient has mis-managed their state. Essentially it is an emergency-use device to use when needed rather than following a set dosing regimen. So yes, the designs, the demand…all of these are going to have a huge impact. Real world use is integral to design, all of these things are going to have big impact and also drive innovation and stratification of products in their respective space.”

HCP: Over the next few years what is your perspective on growth in autoinjectors?

CT: “I would expect to see a very healthy growth and the reason for that is partly down to biosimilars, of course, but also the continued launch of biosimilars will inevitably lead to new market openings for innovative biologics as well.

Biosimilars allow for competition and also allow for production to be moved away from high-cost countries like the US and Europe to other countries to have many different sites for manufacturing for a particular drug. I would expect to see various contract manufacturers pop up in every continent and produce biosimilars and biologics for the local markets.”

HCP: What about smart devices for biosimilars?

CT: “Digitization is probably not going to have much of an impact for some time in biosimilars, because it completely goes against the principle of affordability and market access. To add on electronics that will require a dedicated infrastructure and, potentially, interoperability between patients, healthcare providers and pharma companies will add significant costs. Connected devices are very much catered to innovator drugs where there is more incentive for their use, especially where we don’t have much data on usage and adherence. However, if you have a biosimilar, you probably have a fairly good idea of what the clinical outcome is, what the treatment is worth in terms of how and when the patients use it. To summarize, it’s slightly different priorities.”

A consultant says the rise of drugs that treat or help alleviate chronic conditions "has meant that there is also an increase in competition from device manufacturers looking to develop therapy-specific devices.”
Keren Sookne
Sep 22nd, 2021

Currently, most patients with HER2-positive breast cancer receive the treatment at infusion centers. With a new administration route, Phesgo offers an out-patient option for patients who are vulnerable to the coronavirus.
FDA
Jul 10th, 2020

Digital value-added medicines, waste management and the use of blockchain identified as key trends for the upcoming year.
Pharmapack Europe
Jan 28th, 2020
More in Adherence/Delivery

RFID, NFC, Bluetooth, and QR enabled packaging are on the forefront of technology solutions in the healthcare industry for pharmaceutical and medical device packaging, with 45% of global consumers using a smart device to monitor a health condition.
Kim Overstreet
Nov 21st, 2019