Fitting OEE into your operations

Management buy-in is a must. Also, learning lessons from misdirected strategies is key.

It's said that you can't control something unless you can measure it, and OEE formulae come in various versions. One equation favored by Zepf: OEE = Output divided by the scheduled time multiplied by the normal production rate. The answer, in percent, looks at what should have been made (or packaged) versus what actually was.

OEE can quickly become more complex as companies drill down further and define it for their particular applications. Take the case of a global pharmaceutical company that developed a 25-page OEE document to ensure personnel among different plants stay literally on the same page. Why so complicated? The company contact chose not to be identified, but he responds to the question this way: "What exactly is the definition of a work day here? What specifically is scheduled downtime? We have internal debate regarding, for example, planned downtime for a scheduled meeting, with the argument that time shouldn't be used in OEE calculations-those kinds of discussions. However, we had to have a standardized, common baseline. I can't overstate the importance of that to those looking at OEE, or you'll be comparing apples to oranges."

The company has automatically tracked OEE for the past six years via software that uses production line data from programmable logic controllers. The software can crunch the numbers and graphically simplify finding areas of concern. Collecting OEE data automatically also provides accuracy and consistency and removes any emotions or bias from manually obtained data.

"The OEE software provides data on reasons for downtime, which is something we did not have before," says the pharmaceutical company contact. "That's been extremely beneficial information."

According to the experts, a typical initial OEE figure for a consumer goods packaging operation is in the 50% to 60% range. "I have seen packaging operations as low as 25 percent and as high as 80 percent for bottling lines," says Dennis Cocco, founder and chief product strategist for OEE software provider Activplant (www.activplant.com). "But 50 percent to 60 percent is pretty typical. It's rare to see a company upwards of 65 percent."

Yet the OEE of a typical healthcare operation is much lower. "It's not uncommon for healthcare firms to be in the 20 percent to 40 percent OEE area," observes Zepf. "Regulatory requirements tend to suppress OEE."

The OEE numbers the pharmaceutical firm discovered were eye-opening. "You bring in a number like 20 percent OEE, which may be good for the type of operation, but that doesn't play very well with management," our contact admits.

Another factor in low OEE is the batch-type operations inherent for many drugs, where the operations are running infrequently, Zepf adds. That means more ramping up and down of production/packaging-major reducers of OEE.

Yet the proliferation of batch-style production doesn't give pharmaceutical operations any excuse to be inefficient, according to Zepf. "They just have to be a little more organized and a little more efficient," he says.

That was one of the tacks taken by our pharmaceutical contact's company, which had looked at preproduction preparation as one way to improve its OEE. "How do you stage the changeover parts and changeover equipment?" he asks. "The solution may be as simple as splitting the changeover components onto four separate carts that can be spread along the line rather than having it all in one cart. It can also be a matter of changing over during an off-shift. You have to take advantage of time like that to improve your OEE. Those are the areas where we've seen the biggest OEE benefits."

Faced with a host of competitive and economic pressures, a number of pharmaceutical companies are employing OEE, Six Sigma, and lean manufacturing strategies in an effort to drive down costs and improve profitability. Still, Cocco feels pharmaceutical companies are not as interested in OEE as are other product packaging sectors."There's less urgency around packaging as in a business based on research and product development then there is in consumer goods companies," he says.

"Our waste is extremely high," acknowledges our contact, "but it's tolerated because of our margins. I believe that's widespread in pharmaceutical operations."

A recall is the biggest OEE "killer." "Theoretically, the OEE of all recalled goods is zero," states Zepf, who points out that many food and drug recalls relate primarily to human errors or errors on the production line, mainly packaging. "Yet, drug companies spend little to make sure their production process is effective and efficient," he adds.

Once a company has a grasp of its OEE, it can look to improve it. The problem is, where do you start? One surprising fact is that the first major gains in OEE for a packaging production line can largely be accomplished without touching machinery. "I've found in most cases it needs to start with management," says Zepf, explaining that management determines scheduling, asset usage, lunches, breaks, and meetings. "Everyone goes to lunch, and production grinds to a halt, and later they wonder why they lost a lot of productivity," he says.

Cocco agrees wholeheartedly. "The first 15 percent of improvements come from process and people issues, not equipment issues," he says. "You can get those without lifting a wrench. It's all about properly utilizing capable equipment."

Our pharmaceutical company contact concurs too. "The early gains we experienced were related to process and human performance," he says. "Business practices and personnel practices have a significant impact on OEE-and I think we underestimated that. Our later gains have more to do with product configuration and machine tooling."

It's one thing to gather OEE data, it's another to make sense of it, and yet another thing to act upon it. Zepf points out that the only way to gain the momentum needed to make things happen is to get support from the top.

There also needs to be an OEE project champion, adds Cocco. "That's who drives the actual implementation," he says. "It could be an engineer or a continuous-improvement leader or a production supervisor. There needs to be someone who takes ownership."

The pharmaceutical company made dramatic gains in OEE of its operations. Those were found through scheduling and changeover procedures as well as by using higher-quality packaging materials to reduce machinery constraints, says the company's contact. It has improved its OEE from well below 40 percent to around 50 percent, he says. "And we are just starting to discover the importance of our packaging operations," he adds. "It's a continual education."

Read more about OEE at www.healthcarepackaging.com/go/14 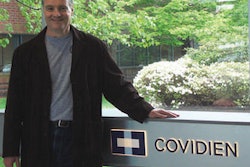 Covidien counts on machinery and materials in the packaging design equation 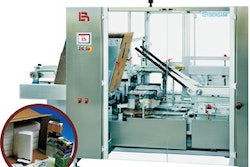 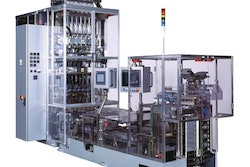 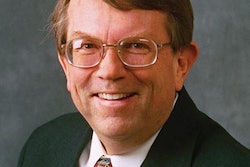