Hans Buehler formally hands the building over to the company's workforce.

Hans Buehler, the Managing Director of the Optima Group handed over a bread plait in the shape of a key to Gerhard Breu.

On 26 June, Optima Pharma's new assembly hall was inaugurated. It has been named the CSPE Center. In what was a festive ceremony, Hans Buehler, the Managing Director of the Optima Group, handed over the ultra-modern building to the staff of Optima Pharma. The new building, with an area of 4,600 square meters, creates the space needed for large-scale complete pharmaceutical systems and optimal working conditions for the employees. Optima has invested a doubledigit million sum in the new building in Schwaebisch Hall's Solpark Industrial Estate.

Following the company meeting at Optima Pharma, Hans Buehler ceremoniously presented Gerhard Breu with a symbolic key. Breu has been Chairman of the Optima Pharma Division since July 2017. In his speech, Mr Buehler underlined the building's importance for Optima Pharma: "This building will make it possible for us to build large pharmaceutical plants, some of them multi-storey." In the past year, Optima Pharma has introduced CSPE (Comprehensive Scientific Process Engineering), a technical and scientific approach that significantly shortens the delivery and commissioning times of complex turnkey plants. As a result of the new infrastructure, "integrated acceptances" are now possible within the scope of the new, future-oriented CSPE processes. The entire system – consisting of isolator and filling and closing machine – has been fully tested and approved on site in Schwaebisch Hall.

The assembly hall, which is twelve metres high, provides 3,600 square meters of space to house the large pharmaceutical plants. This is adjoined on the north side by a three-storey office building, accommodating social rooms, office space and meeting rooms for customer visits. The building is heated and cooled by a concrete core activation system, which ensures pleasant temperatures year round. Cranes can be used up to a height of eight metres. These provide a high level of safety. "On the north and west sides, we will add a green strip of around three meters wide," says Rolf Blank, the chief architect. In addition, the adjacent courtyard was asphalted at ground level so that transportation from the new logistics centre to Optima Pharma can now be carried out on ground level. A covered container area will also be added.

Hans Buehler expressed his special thanks to Rolf Blank and emphasized the impressive performance of the companies involved in the construction work. Rolf Blank and his team completed the building in just seven months. Blank had already been entrusted with the new logistics centre and has already built several new buildings for Optima. Gerhard Breu thanked Hans Buehler for the trust he had shown and wished the employees many successful projects in the new building. "Buildings such as this one demonstrate an orientation towards the future, confidence and trust. The hall has created an excellent new working environment for our employees," said Breu in his speech.

The building was completed ahead of schedule

The preliminary planning phase for the new building began as early as 2016. Construction was originally scheduled to start in 2021, but was brought forward due to the high volume of orders received by Optima Pharma. The construction work began in October 2018, and the building was completed in April 2019. 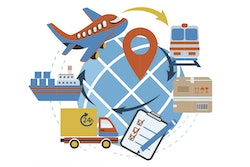 How do You Define an Omnichannel Company? 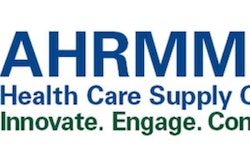 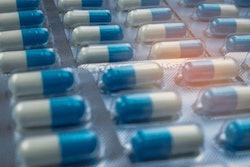 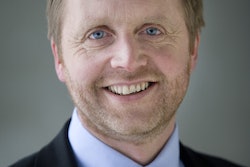