Automated Packaging Systems, the world leader in high-reliability bagging systems, received the President’s “E” Award for Exports from U.S. Secretary of Commerce Wilbur Ross at a ceremony in Washington, D.C., on May 21.

Automated Packaging Systems, the world leader in high-reliability bagging systems, received the President’s “E” Award for Exports from U.S. Secretary of Commerce Wilbur Ross at a ceremony in Washington, D.C., on May 21. The President’s “E” Award is the highest recognition any U.S. entity can receive for making a significant contribution to the expansion of U.S. exports.

“The “E” Awards Committee was very impressed with Automated Packaging Systems’ flexible international sales model, which supported consistent growth in export sales over the past four years,” said Secretary Ross in his congratulatory letter to the company announcing its selection. “The company’s record of exports to more than 25 countries was also particularly notable. Automated Packaging Systems’ achievements have undoubtedly contributed to national export expansion efforts that support the U.S. economy and create American jobs,” Ross added.

“Exporting is an important part of our business,” said Cliff Brehm, President of Automated Packaging Systems. “From our humble beginnings in a garage in Queens, NY to full North American expansion to now providing customers with innovative packaging solutions on nearly every continent, we are honored to receive this award, which reflects our commitment to our customers worldwide,” he added.

In total, Secretary Ross honored 43 U.S. companies and organizations from across the country with the President’s “E” Award for their role in strengthening the U.S. economy by sharing American ingenuity outside of our borders. U.S. exports totaled $2.33 trillion in 2017, accounting for 12 percent of U.S. gross domestic product. Exports supported an estimated 10.7 million jobs nationwide in 2016, according to the most recent statistics from the International Trade Administration. 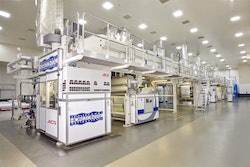 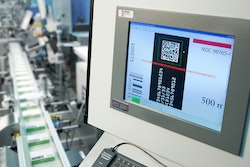 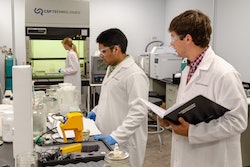