Watch for ‘Smart Coolers’ for Patients

Editor's Note: This story was written live from the PDA Europe conference.

In the very near future people will use a smart cooler that can be plugged in at home, work unplugged for up to 10 hours, and even plugged into your car. Such devices will not only keep meds to a strict 2°C to 8°C, they will offer 24/7 alarm monitoring and central data collection, offering patients safe medicines and mobility with a validated active and passive temperature control system.

Bishara also said the EU is leading the world in GDP, and introduced the author of the latest Technical Report.

Richard Peck, Tower Cold Chain Solutions, was proud to announce TR 72, joking the “72” referred to the number of sleepless nights he had putting together the report, “Passive Thermal Protection Systems for Global Distribution: Qualification and Operational Guidance. It's available to pay for download or free to members at this link. The report lists considerations for selecting a passive system, which could include energy savings and simplicity, or as an alternative to when active solutions are not available.

The report covers topics such as product stability, shipping duration, controls along your shipping lane, and any areas of risk.

New GDPs have been in Europe since 2014 and two regulatory speakers reviewed some of their early audit findings.

Riekert Bruinink, IGZ Dutch Inspectorate, told members you should always be prepared for an audit. “We see lots of activity right before an inspection and that is not good,” he said. “It is better to be more balanced to be assured you will have good results.”

He recommended conducting an internal audit or self-inspection of your quality systems, and identify your key personnel. Also, organize availability of your documentation—electronic records might not be the best to read or easiest to access, consider printing out your results.

“Roughly 60 percent of the requirements are inspected, time limitations dictate that you cannot inspect everything,” he said.

Which points are inspected, and how many of them are reviewed, is determined by the inspectorate, which this year focused more on temperature during transportation.

Announced inspections call for a letter to be sent one month in advance, but Bruinink also stated that unannounced inspections, added into the regulations at the wish of politicians, would give the best view of real quality level.

• Only 54% had training for new GDP guidelines.

• 30% of the responsible persons did not follow new GDP training.

Dutch regulations call for mapping in both summer and winter due to climate extremes. But inspectors found only 62% did any mapping at all, and only 27% were doing it for both seasons.

Regarding new questionnaires to qualify suppliers, 97% had licenses but only 24% were using new guidelines for quality questions. In fact, inspectors found some licenses that were 10 and 15 years old!

While 90% had a returns system, only 25% were using the new GDP criteria.

Overall, 20% of the facilities inspected were found to be not in compliance.

And while the EU GDPs are mandatory to discuss with management, they still find it is not being done.

Ethel Mertens, from Belgium’s Federal Agency for medicines and Health Products, reported similar results through 2014-2015, calling it a good start.

There is more harmonization in the member states, instead of some countries known as being stricter than others. And there is more attention on GDP as a specific domain of expertise.

Mertens echoed Bruinink’s comment about management being ultimately responsible, but not engaging in disucssions.

She wanted to see people taking corrective and preventative actions (CAPA) in case of deviations.

“A quality system is alive,” Mertens said, “When we see procedures not changed for five years it is not good, not normal.” 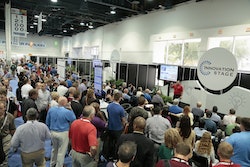 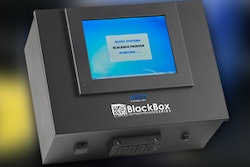 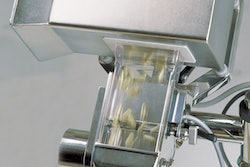 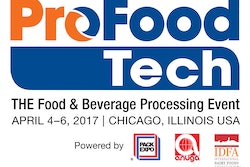