In what’s being considered a “pioneering breakthrough,” an unmanned aircraft carried a kidney three miles for a transplant. 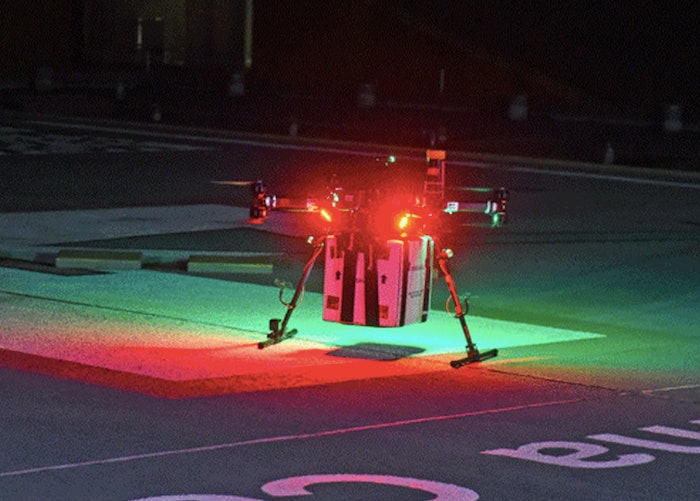 Using drones for deliveries is far from a new concept. Google’s Wing drone just received approval from the FAA, and Amazon has a patent on an airborne fulfillment center that consists of a blimp filled with drones. However, a recent WTOP article reported the first drone delivery in the medical world. On April 19th, a drone carried a kidney nearly three miles through the city of Baltimore, and delivered it to doctors for a transplant operation. The event took a great deal of planning from aviation and engineering experts and transplant physicians at the University of Maryland who needed approval from The Federal Aviation Administration and Baltimore police.

In addition to the kidney, the drone also carried a parachute, a radio tracking system, a video camera, and a box of sensors that monitored the kidney’s temperature, pressure, vibration and location. Once it arrived at the University of Maryland Medical Center, the kidney was successfully transplanted into a 44-year-old recipient who had spent eight years on dialysis. In the U.S. alone, bout 2,700 kidneys are thrown away each year because they can’t get them to a recipient fast enough. Employing drones to aid in transport will undoubtedly cut down on organ waste and save lives in the future.

An expert panel at the Packaging & Processing Women’s Leadership Network discussed women and remote work, as well as solutions for adapting to pandemic-era consumer buying trends. Read, watch, or listen to the conversation.
Melissa Griffen
Oct 20th, 2021
More in Home