Investigations are a tough but necessary part of quality systems. Failure to adequately extend investigation is the most common problem the FDA sees. 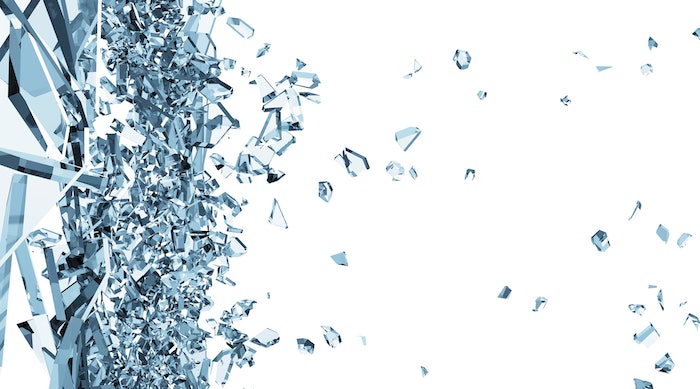 Karen D’Orazio describes “The case of the cracked bottles,” a packaging process where the manufacturer failed to control rejected materials.

Karen D’Orazio, Consumer Safety Officer, CDER, FDA has a lot of experience both as an investigator in the field, and in the Office of Manufacturing Quality.

She came up with a few basic rules early in her career and she shared them with the PDA/FDA 2016 audience.

21 CFR 211.192 commands that “Any discrepancy or failure of a batch or any of its components to meet any of its specifications shall be thoroughly investigated.”

And that, “The investigation shall extend to other batches of the same drug product and other products that may have been associated with the same discrepancy.”

This “failure to extend the investigation” is the biggest trend D’Orazio identified after researching three years of data from July 2013 to July 2016, reviewing 26 warning letters, untitled letters and regulatory meetings.

She shared her findings with the pharma, medical device and biologic regulatory audience:

One investigation, which D’Orazio called, “The case of the cracked bottles,” covered a packaging process where the manufacturer failed to control rejected materials.
This was a finished sterile powder fill operation, and the District had received Filed Alert Reports (FAR) for complaints of cracked bottles. The firm’s hypothesis was that the cracks occurred in shipping, but a quick investigation revealed this hypothesis was not supported. So the firm, and D’Orazio (who was ordered to stay at the facility until the problem was solved) proceeded to look at other causes.

Then D’Orazio observed each step of the process, and interviewed line operators and maintenance engineers. D’Orazio said you cannot underestimate the importance of a good interview.

Some bottles were being inspected and rejected for not having stoppers or labels in place. The bottles were actually being cracked when rejected into a bin. “False” rejects which did have stopper and label in place were taken from the bin and visually inspected by operators under room lighting (not validated conditions) and released for shipment. These falsely rejected cracked bottles, which had stoppers and labels in place, were not documented or quarantined.

The manufacturer extended the investigation to look at other lots from this line, and other lines, and determined the problem was not systemic.

The firm agreed to use design of experiment (DOE) to simulate the process to get a better understanding of the frequency of occurrence.

Ultimately, this data was evaluated by the FDA and determined to be adequate. The handling of rejects should have been in the process but was not—lesson learned. And D’Orazio stressed that this was a firm with a solid process that did a lot of things right.

Other cases are not so successful. A manufacturer of finished OTC acne control products rejected a batch for failing established microbial specifications. “Microbial contamination is one of the hardest problems,” said D’Orazio.

The manufacturer initially concluded that the problem came from failing to clean a transfer pump. There was, however, no data to support this conclusion, and the first lot manufactured after the pump was sanitized also failed.

Next the firm concluded that the failure was in the filling process, but they were not able to specify where or why this was the source of contamination.

The FDA concluded the firm’s response to initial contamination was ineffective because contamination continued, and that the investigation was not extended to other potentially affected lots, such as those manufactured with common raw materials or equipment.

In evaluating the firms’ response, the second contamination event was also deficient, in that data was not provided justifying the conclusion that the contamination is occurring “somewhere in the filling process.”

Given that the firm could not identify root cause of these contamination events, they could not prevent them from recurring.

In this case, there was not a good quality system in place. Also noted during inspection were problems with the water system, cleaning procedures and laboratory methods. “These would seem to be areas that could be explored as possible root causes,” D’Orazio said. She later explained that this case is still being investigated.

In addition to calling in outside experts, finding a root cause supported by data, and extending the investigation, D’Orazio stressed to the audience, “Make sure your narrative is easy to follow and allows the reader to understand the fact pattern supporting the conclusion.”

Additionally, make sure pertinent data supporting the investigation is documented in a logical fashion. In a follow up Q & A, D’Orazio noted that length of narrative is not as important as clarity. “There are times when I get to the end of a report and I really do not understand what I have just read,” she says. “If I don’t understand it, how can the manufacturer?

Live-rosin cannabis maker äkta, one of only two in the space that is single-source, selects a paper tube package for its vape cartridges and concentrates for its sustainability and approachable design.
Anne Marie Mohan
Jan 26th, 2022

Join us as we look back at the most-read Healthcare Packaging stories of 2021. At #10 is this article on logistics partners using lessons learned from the pandemic to meet demand.
Keren Sookne
Dec 20th, 2021
More in Home