Recently, GS1 US published the results of an assessment of the implementation progress by drug manufacturers of the Drug Supply Chain Security Act (DSCSA) serialization requirements. It contains troubling indications of the next problem the industry will face in its quest for DSCSA compliance: too many unusable barcodes.

Big deal, you say? That kind of complacency could come back to haunt you later this year. Now is the time to look at your own packages and address any deficiencies. Here is a look at what GS1 US found in their assessment.

GS1 published the assessment called “Assessing Current Implementation of DSCSA Serialization Requirements,” and helped facilitate it’s development, but the actual data was compiled by two of the largest wholesale distributors in the U.S., AmerisourceBergen (ABC) and McKesson, in May 2017. These organizations conducted a DSCSA barcode assessment of a large percentage of the products in the inventories of one of their respective warehouses.

McKesson checked 13,571 products, representing 66% of the prescription drug items in one of their larger pharmaceutical distribution warehouses, including all refrigerated, all narcotics, and all mid- and high-turnover items. ABC checked 3,047 products, representing 100% of the items in one of their specialty pharmaceutical distribution warehouses. This division of labor likely resulted in checking the widest range of products covered by the DSCSA on the market today.

They checked every available barcode on each product, including the legacy linear barcodes as well as the new DSCSA 2D barcodes. They checked readability as well as data content.

McKesson found that only 6.5% of the products in their catalog had a readable 2D barcode containing all four of the DSCSA-required data elements known as the DSCSA Product Identifier (see “The DSCSA Product Identifier On Drug Packages”). ABC found only 7.2% of the same. Yes, the data for this assessment was collected in wholesale distributor inventories back in May, but that was at a time when the industry was working toward a serialization deadline of November of last year (see “FDA Delays Enforcement of DSCSA November Deadline: What It Means“). I’m sure the number of products serialized would be significantly higher if the assessment were conducted today, but even from this small sample, a significant percentage of products that manufacturers think they are done with, still have readability problems. That means those manufacturers are going to have to make adjustments to those barcodes again—some minor, some major.

Here are the issues they discovered:

• Colors are a problem
Some manufacturers are attempting to make the DSCSA Product Identifier barcode blend in with the marketing information on their packages by printing it in the same color. A few of those colors might work, but many do not work at all. The best readability comes from black on white. Anything other than that—including white on black—is less than optimal. White on black using laser ablation is a very common way of printing a 2D barcode, but I have personally seen several attempts that will not work because the dots produced were inconsistent. See the report for more information about problematic colors.

• Placement problems
They found barcodes that were printed too close together, which makes it hard for workers to read whichever barcode they need to read. They found smudging, which I have observed can result from the ablated waste material being redeposited onto the package in the laser ablation process. They also found some packages where the prescribing information outsert attached to the package was blocking the DSCSA 2D barcode so it was unreadable or difficult to read.

• Data content problems
This is the most disturbing of the problems they found, as it is so pervasive. McKesson found that an additional 8% of the products they analyzed did have an attempt at the DSCSA 2D barcode on them, but these barcodes either did not have all of the mandated data elements present, or the information was encoded incorrectly so it wasn’t usable. Think of it. Only 6.6% of the products McKesson scanned contained usable 2D barcodes, but 8% more contained unusable 2D barcodes. That implies that the majority of attempts at compliant 2D barcodes are not actually usable for compliance. If that percentage is maintained as the number of serialized products rises—and there is little reason to believe it won’t—this is an indication that we have a serious problem in the industry.

Perhaps the best news contained in the GS1 US report is that both McKesson and ABC intended to privately contact the manufacturers of the problematic products and share more details about what they are doing wrong. Hopefully that will result in corrections. I am also hopeful that all wholesale distributors do that on a regular basis as more products arrive at their doors with attempted DSCSA 2D barcodes on them. Drug manufacturers must listen to these reports and act to correct any problems reported.

Virtual manufacturers must use these wholesaler reports as the basis of a conversation with their CMO/CPOs. In these cases, the problems can only be solved by the CMO/CPO. But it is the virtual manufacturer who will be held responsible for non-compliance by the FDA—and by the wholesale distributors next year when the DSCSA will not allow them to buy non-compliant products.

What can you do? I recommend that drug manufacturers send samples of their artwork and sample barcodes to the larger wholesale distributors for preemptive analysis and comment. The “Big-3” offer this as a service. Take advantage of those offers to avoid compliance headaches down the road:

Editor’s note: This article is edited from “Wholesalers Find Troubling Results in DSCSA Barcode Assessment,” originally published Feb. 5, 2018 on RxTrace.com. It is used here with permission by author Dirk Rodgers, Regulatory Strategist for Systech International and founder of RxTrace. 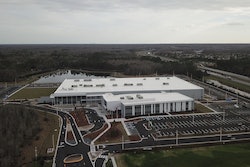 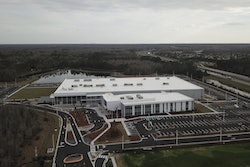 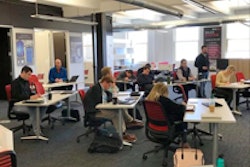 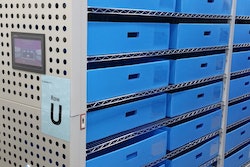