Case Study: The Emotional Side of Pediatric Infusion

At Pharmapack 2019, a human factors study highlighted anxiety and other delivery issues, offering insights into the real-world challenges of managing pediatric drug delivery.

The study of human factors in healthcare is a rapidly evolving space. The focus is shifting from summative studies (to prove what’s been developed) to formative studies earlier in the development. These formative studies that can help developers understand user context, extend user understanding and illuminate challenges in the user’s treatment experience.

In a case study presented at Pharmapack 2019, Chris Franzese, Lead Clinical Analyst at Matchstick, and Adam Kalbermatten, Director of Marketing at Terumo Pharmaceutical Solutions, shared some of the observed real-world challenges of managing pediatric drug delivery.

“When you’re thinking about new products to develop, pre-formative studies help manufacturers understand users and the context in which the products are used,” said Kalbermatten, whose company makes infusion sets that are combined with hemophilia medication from a separate manufacturer.

Hemophilia affects many children, typically males more often than females. If the disease state is severe, the patient may need infusions several times a week (either from a parent or from themselves, depending on age). “It can be quite a heavy disease burden,” he noted.

Terumo partnered with Matchstick to study patient and caregiver experiences. Though they didn’t begin with a set idea of how they would segment the study, they observed clear trends between the adults using the products on themselves and pediatric patients.

By time the time a person with hemophilia reaches adulthood, infusion is typically a part of life—finding veins, reconstituting medication. Kalbermatten explained, “They are like pharmacy techs how fluidly they perform the infusion. These patients consider this a part of their routine.”

The study with Matchstick involved filming the patients during drug delivery. One patient was clear in his message that he is not fragile, and that when he infuses, it makes him 100% normal.

But that sense of confidence and control does not necessarily carry over to pediatric patients and the parents who perform the infusions. The pediatric study was narrowed to children under 12 years of age, and yielded some unique challenges.

Parents who must infuse reported much anxiety and distress. Kalbermatten said, “Infusion is one of the largest challenges, and the skill that comes along with it… there’s an emotional component to delivery.”

One parent remarked that their sadness comes from twice weekly infusion, including her child’s reaction to the needle poke. Though the infusions are “only twice a week,” they explained that their child’s bad days are really bad.

Parents may experience a range of negative emotions including a fear of infusing, concerns over finding a vein and causing their child pain. “These emotions turn into barriers and translate into real adherence issues,” he noted.

A family home is not central supply at a hospital. Homes are typically not equipped to handle large volumes of medical supplies. “There is a lot of clutter from the drug itself and any supplies associated such as vials, adaptors, tourniquets, gloves and sterile drapes,” said Franzese. It can be tough to organize and can even take up an entire kitchen cabinet, which also add to the burden.

Another parent in the study had a child who required port management, so a wide variety of supplies had to be kept at home. There were many plastic bags from the supplies, and she repurposed the bags into “grab and go” kits. Franzese noted that one reason was for the convenience, but the parent also felt it was entirely wasteful to see all the bags go in the trash.

Preparation for infusion requires multiple items and steps, and that means many points for contamination. After filming parents infuse their children, the team discovered many real-world issues—and differences between actions and what they say they do—that could potentially be addressed with packaging advancements such as:

One child expressed that he feels scared of the process, and prefers a routine in which all family members sit in the room during the infusion at home. In the video, the father stepped in and pressed the bandage post-infusion while the mother’s hands were full of supplies. Did the father wash his hands? What if that third hand is unavailable while the primary caregiver deals with removal and disposal?

The team also noted that disposal can be tricky. There are tools available, but patients and caregivers don’t always have the right one at home. They may have an insulin sharps container that does the job but is not ideal.

The question Franzese posited is whether there is anything drug and device manufacturers can do to help parents prepare and infuse, and reduce possible contamination. Additionally, what can be done to reduce anxiety for the child?

Ultimately, the study offered insights into users—the dosing environment, the emotional state and emotional needs of the patient and caregiver—that can be shared with drug manufacturers and supplier stakeholders to help inform future device and packaging decisions. 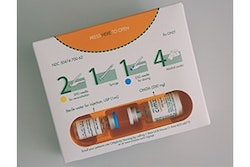 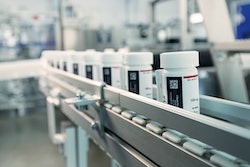 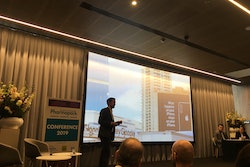 Should My Device Be Connected? 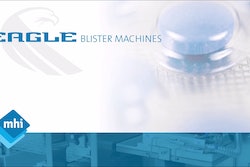