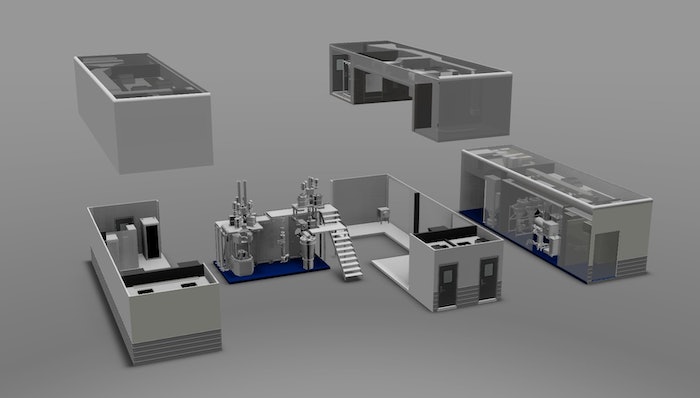 State-of-the-art technology surrounds the manufacturing industry—from predictive analytics to the industrial Internet of Things and cloud computing. But manufacturers are not quick to jump on the bandwagon for buzzwords like Big Data. It’s not because they don’t understand the value of new technology, but because companies, especially in process industries, have built a solid, immovable infrastructure that has deep, rigid roots in control and quality procedures. No one wants to mess with an architecture that can withstand the test of time, but, more importantly, it’s just not economically feasible to constantly change capabilities.

I had that on my mind last weekat the Interphex show while listening to the latest buzz in the pharmaceutical industry—the move from batch to continuous process in the plant. According to one presenter at the conference, the benefits of adopting a continuous process model include higher capital utilization, safety and product quality, and lower operating expenses. The barrier, however, is all the new technology needed to build a continuous processing facility. Not easy, remember? Such a nice idea, too bad it will take a decade or two to do, I thought as I walked the show floor.

But then something happened that made me change my mind. I met with Pfizer.

For over a year, the biopharmaceutical and consumer healthcare company has been working with GEA Pharma Systems and G-CON Manufacturing on developing a prototype of a next-generation oral solid dosage processing technology. The idea was to create a portable, self-contained system for continuous process manufacturing. At Interphex, they delivered on that idea. On display was a small-scale mock-up of its Portable Continuous Miniature and Modular (PCMM) system, and on a screen was a video of the actual deployment at Pfizer’s R&D facility in Groton, CT.

While a typical manufacturing line may take two-to-three years to develop and deploy, the companies were able to design and implement the portable production pods in less than a year with a footprint that is 60-70% smaller than a conventional production facility. The pre-fabricated pods were assembled in just three days, and Pfizer is currently testing the prototype with readiness for good manufacturing practices (GMP) expected by the end of this year.

PCMM replaces traditional batch production with continuous manufacturing operations that will rapidly and efficiently process drugs from powder to tablet. In addition, it uses the same equipment for product development, clinical supply, and commercial production. Traditionally, these three processes were done in different batches, so this set up eliminates the risks of transferring batches between the different stages.

So, what does this mean?

It means that tablets can be produced from powder within minutes compared to weeks or months for standard batch production. That means faster time to market for the pharmaceutical companies that have recently been driven by the growth of lower-volume precision medicines.

PCMM is also easy to transport and can be disassembled and re-deployed to accommodate changing business conditions or local production in emerging markets. It can turn a warehouse into a plant in a matter of days, says Phillip Nixon, Pfizer’s executive director of drug product technology and innovation. This versatility makes it extremely cost-effective

While the PCMM prototype is designed for uncoated tablets, the concept is applicable to other small-molecule dosage forms and biologics. Of course, PCMM will have to meet the regulations of the U.S. Food and Drug Administration. Currently, the FDA seems to support the initiative, Nixon says. But his goal is to take it step further and work together with competitors to make PCMM an industry standard because the need to move to a flexible continuous process exists. “It’s not a matter of if, but when,” he says.

After my conversation with Nixon, it was clear to me that the move to continuous processing in drug manufacturing is not a passing fad that will fade away with the latest technology catchphrase. Rather, it’s real. It’s possible today. And Pfizer is just one of many (I assume) companies that are ready to adopt flexible continuous processing capabilities sooner rather than later.