The service will transport various medical products and a number of drone delivery use cases will be tested.

The United Parcel Service (UPS) announces the expansion of its UPS Flight Forward drone delivery program to the University of California San Diego (UCSD) Health system as well as an agreement with Henry Schein—a provider of healthcare solutions to office-based dental and medical practitioners—to explore and test a variety of drone delivery use cases.

In the case of UCSD, UPS Flight Forward, in partnership with Matternet, will launch the health campus delivery program to transport various medical products between health centers and labs by unmanned aerial vehicles. The new service will begin in February 2020.

The project calls for medical professionals at Jacobs Medical Center, located on the east health campus of UC San Diego in La Jolla, to load medical parcels, such as blood samples or documents, into a secure drone container used for the flight.

The drones will follow predetermined flight paths, initially between Jacobs Medical Center and special landing sites at Moores Cancer Center, located less than a mile away and within visual line of sight under the FAA’s Part 107 rules and then subsequently at the Center for Advanced Laboratory Medicine (CALM), which is near the Jacobs Medical Center. The flights will take only minutes to complete and will be monitored by remote operators.

In May 2018, the FAA designated the City of San Diego as one of nine lead participants in the regulators’ Integration Pilot Program (IPP). One of the city’s proposed missions was to test the use of drones in transporting lab specimens and pharmaceuticals throughout its health system.

This is similar to the agreement formed with Henry Schein to explore and test drone delivery use cases. The use cases would examine unmanned aerial vehicles within business-to-business operating models.

The initiative to explore drone deliveries will begin in 2020 and will focus on testing the transport of essential healthcare products by UPS to customers of Henry Schein.

UPS Flight Forward and Henry Schein will explore methods under oversight of the Federal Aviation Administration (FAA) to test final-mile delivery where traditional road transport may be less effective or timely. This may include health campuses, remote communities, or temporarily inaccessible areas due to natural disasters.

In September 2019, UPS Flight Forward, the company’s drone airline subsidiary, received the FAA’s Part 135 standard certification with authorization for the use of unmanned aircraft systems to operate a drone delivery program at WakeMed Hospital in Raleigh, N.C.

Enhancing the UPS Smart Global Logistics Network to support hospitals and other healthcare organizations remains a key element of the company’s transformation strategy. Healthcare and life science logistics is a priority segment for UPS, and the company continues to build new relationships and deploy technologies to deliver better patient care with streamlined logistics and supply chain. 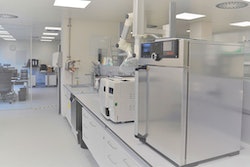 Vetter Aligns its Development Service Laboratory Portfolio Under One Roof 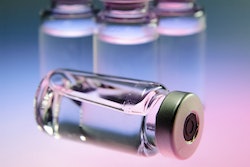