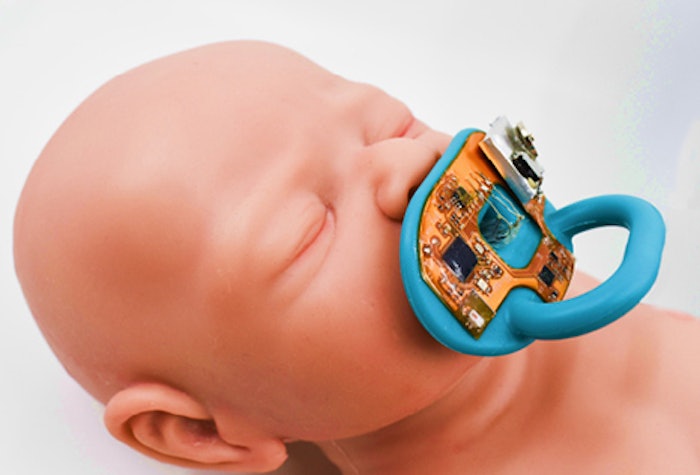 The first pacifier, dubbed the “baby comforter,” was patented in 1901. It consisted of an India rubber nipple attached to a disc-shaped shield. Since then, not much innovation has been applied to the low-tech soothing device. However, a recent Medgadget article discussed a novel ‘smart’ pacifier that continuously monitors electrolyte levels in a baby’s saliva. The pacifier was developed by a team at Washington State University, and it could prevent daily blood draws that premature infants have to endure to monitor signs of dehydration, a hallmark risk for preemies.

The pacifier has microfluidic channels that draw in saliva via capillary action; interior sensors measure sodium and potassium ion concentrations. This information is then wirelessly transferred to a caregiver via Bluetooth. In tests, the device performed as well as conventional blood draws when it came to measuring electrolyte levels.