When the pacemaker is no longer needed, it dissolves into the body and releases an anti-inflammatory drug. 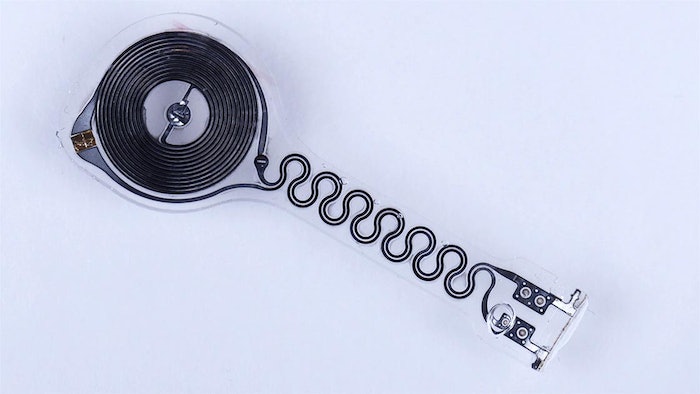 A recent SciTechDaily article discussed an innovative new pacemaker that is implanted into the body, and then harmlessly dissolves after serving its purpose. The transient device was developed at Northwestern University, and is intended for patients who only require temporary pacing either after cardiac surgery or as they await a permanent pacemaker. The team behind the device unveiled a low-tech version last summer but just announced a smart version that contains sensors.

The sensors communicate with each other to monitor physiological functions such as body temperature, oxygen levels, respiration, physical activity, muscle tone, and electrical activity of the heart. The combined data  is automatically analyzed to autonomously detect abnormal cardiac rhythms and adjust the pace of the heart accordingly. Physicians can monitor the activity on a smartphone or tablet, where it is streamed wirelessly from the device. When it’s no longer needed, the pacemaker slowly dissolves into the body and releases an anti-inflammatory drug that prevents a reaction from the body.