A quadriplegic man used two prosthetic robot arms to feed himself a Twinkie. 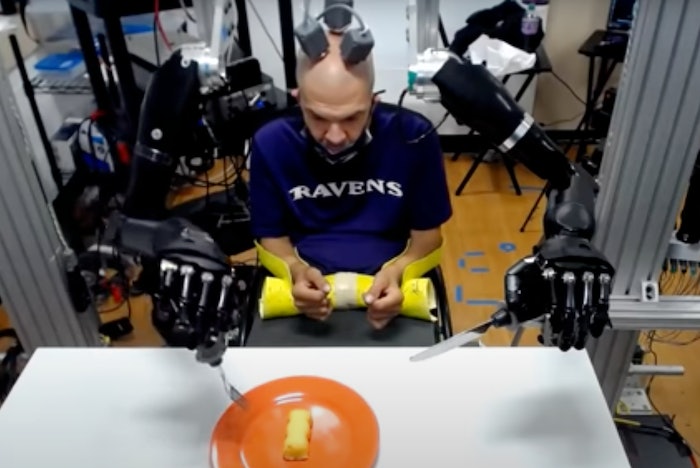 If you suffered a severe accident that turned you into a quadriplegic, what’s the first thing you’d do when you get mind-controlled prosthetics? If you said eat a twinkie, good on you. A recent DigitalTrends article discussed Robert “Buz” Chmielewski, a quadriplegic man who lost control and feeling in his hands after an accident in his teens, and now learning to use mind-controlled robotic arms.

As part of a clinical trial two years ago, Buz underwent a 10-hour procedure to implant electrodes in his brain, allowing him to control smart prostheses with his thoughts. Now, thanks to software developed by Johns Hopkins University’s Applied Physics Laboratory, he is able to feed himself with robotic arms. A video of the impressive achievement can be seen here.

The new method creates an army of T cells on a mucosal surface that attack viruses.
Tim Hayes
Mar 31st, 2021

Take a look at six trends that are influencing capital investment decisions in the medical device and pharma space.
Tim Hayes
Mar 10th, 2021