Pfizer, Novartis and Merck are household names in the pharmaceutical industry, so it comes as no surprise that these companies were among the top respondents to Healthcare Packaging’s exclusive Serialization Playbook survey (Chart 9.1).

The survey looked at the role of serialization on packaging lines from multiple points of view. The Playbook was downloaded more than 4,700 times between 2012 and 2018. Each person answered a series of questions that revealed details such as where they worked, their role in serialization, as well as key metrics such as how many lines they were responsible for serializing and where those lines were located.

It’s important to note, however, that healthcare product manufacturers were not the only ones to respond to the survey. As chart 9.2 shows, serialization brought opportunity to the supplier community in numerous ways, particularly in the areas of packaging machinery and their related controls and automation systems, such as cameras, barcode scanners, cartoners, labelers, etc. 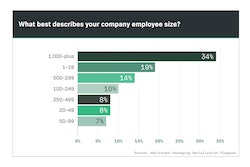 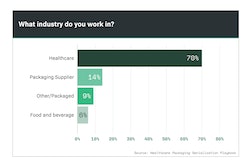 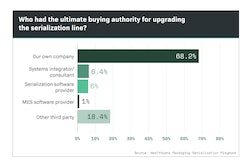 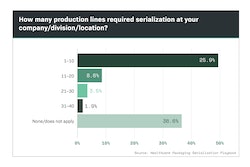