FDA begins with more bark than bite and my question is, how many of these puns do you want?

Over-the-counter teething products with benzocaine in them are a safety risk to infants and children, says FDA, so it has asked marketers to stop selling them for use in relieving "sore gums due to teething."

Products with benzocaine are intended to relieve pain from teething but also sore throat, canker sores and other conditions, and come in a variety of product forms. FDA says it’s not clear the products are effective for treating teething, and, importantly, benzocaine is sometimes associated with a dangerous condition called methemoglobinemia, which can cause discolored skin, shortness of breath and other symptoms, even after using a benzocaine product for the first time.

The agency sent letters to makers of benzocaine-containing products highlighting these risks and put the word out more generally to “parents, caregivers and retailers” that they don’t think the products should be used for teething pain. The agency asked makers of OTC products with benzocaine to add warnings and contraindications to their labels and change the directions to say the products shouldn’t be used in children under two years of age. Separately, they required a warning against such use to be added to product labels for prescription local anesthetic products.

Some uses of these products apparently present serious safety concerns, but let’s focus instead on the procedural angle. Whenever FDA takes any action these days, one wants to examine it for whether it’s consistent with the Trump administration’s anti-regulatory theme. So what are we to make of these agency actions, given that FDA has declared a particular use of a type of product to be unsafe?

At first blush it appears that, even in this effort to banish a use of a product, we can see signs of a bias against regulatory action: The first thing FDA did was ask makers of OTC products to stop marketing the products for this use, not take enforcement action against them. Only if the companies don’t do as they are asked will FDA get tough. “If the companies do not comply,” the agency announced, “the FDA will initiate a regulatory action to remove these products from the market.”

What FDA did is the bureaucratic equivalent of making a barroom threat such as, “Move your hand or I’ll move it for you,” rather than simply punching someone without warning, which has also been known to occur in such places.

Maybe I’m reading too much into the agency’s choice here, because the agency has more or less forever been reluctant to employ its most serious enforcement actions, such as product seizure or injunction. They’re a pain in the neck to get, requiring a lot of effort to prepare and file a court action – which involves work with lawyers, ew — and hope a judge agrees to order the action FDA wants.

Asking for cooperation first, as it did here, takes much less effort, but can achieve rather widespread effects, because many companies will see the wisdom of avoiding trouble. Even if they think FDA’s action is unjustified, a company might give in so as to avoid an expensive and lengthy fight.

Thus, maybe FDA’s action against benzocaine does not reflect a new philosophy and I am – say it with me – just flapping my gums. 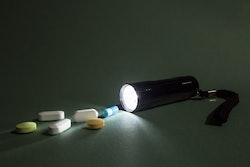 The Best $200 You’re Not Spending on Brand Protection 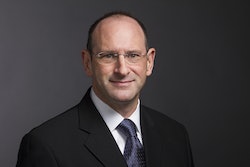 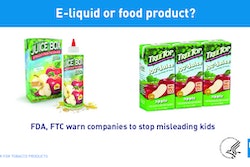 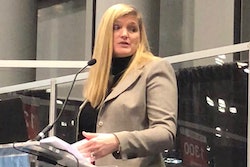