Richard M. Johnson recently disclosed his plans to retire at the end of his current contract with PDA.

The Parenteral Drug Association (PDA) today announced plans to appoint Glenn E. Wright, PDA Vice President of Scientific and Regulatory Affairs, as President & CEO effective March 2023. Richard M. Johnson recently disclosed his plans to retire at the end of his current contract with PDA and will advise Mr. Wright over the coming year to ensure a successful transition.

Mr. Wright joined PDA in March 2020 to direct the Association’s scientific and regulatory affairs activities, following a 30-year career in industry, primarily with Eli Lilly & Co. With PDA, he oversaw the development of technical reports, growth of the standards program through the American National Standards Institute, issuance of regulatory comments, and the operation of PDA’s technical and regulatory advisory boards. In addition, he has served on the PDA JPST editorial board and was recently named Chairman of the Product Quality Research Institute’s (PQRI) Board of Directors.

“I am confident Mr. Wright will be an excellent leader of PDA,” said Richard Johnson. “As a PDA member and volunteer for many years, he has done almost every PDA volunteer activity. Over the last two, difficult years, Glenn has led the Science & Regulatory, Membership and Publishing activities of PDA, including leadership of various regulatory and manufacturing science activities. In the coming months, he will rotate through different areas of PDA activities, in preparation for assuming the role of President and CEO in March 2023.”

Richard M. Johnson has capably presided over PDA since September 2009 after many years as a PDA volunteer and member. During his 13 years as its head, he has hosted PDA’s largest meetings, published a record number of technical reports, extended technical services to include PDA/ANSI standards, and expanded membership and member services globally, particularly in the Asia-Pacific region. Mr. Johnson stabilized the Association through the global financial crisis of 2008-2009 and led PDA members and staff in response to the COVID-19 pandemic, ensuring the continued manufacture and supply of critical product. He has overseen PDA meetings being transitioned to online events and adapted in-office functions to the new normal of hybrid telework.

“Richard Johnson has been a positive, driving force in shaping PDA into an influential premier professional association,” said Susan Schniepp, Chair of PDA’s all-volunteer Board of Directors. “He understands and has mastered the concept of connecting people, science and regulations. He readily and willingly shares his expertise with others. I know his philosophy and professionalism will continue under the leadership of Glenn Wright."

PDA appreciates Mr. Johnson’s dedication and leadership during many trying times and wishes him the best when he assumes his new role as principal fly fisherman in Tennessee. 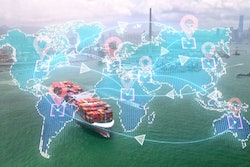 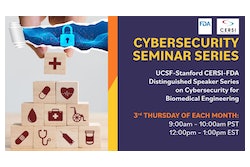 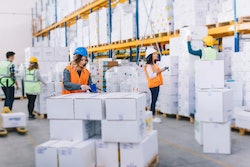