The acquisition gives Sharp additional packaging space and comes on the heels of a $45 million expansion completed last year that boosted capacity by 30 percent.

Sharp Packaging Solutions continues to grow its footprint in the Lehigh Valley — this time through an acquisition.

Sharp on Monday announced it has acquired a pharmaceutical packaging plant in Bethlehem Township from Japanese drugmaker Daiichi Sankyo Inc. for $14 million. The 146,000-square-foot facility, which sits on 16 acres at 2400 Baglyos Circle in Lehigh Valley Industrial Park VI, has the potential to expand to 235,000 square feet over time, according to Sharp, a pharmaceutical packager that's part of UDG Healthcare.

"By acquiring this site, it gives us more ability — when the time is right — to add on to that facility as we continue to grow our packaging services," said Jeff Benedict, senior vice president of global business development for Sharp.

As part of the deal, which closed Saturday, Sharp is now packaging several of Daiichi Sankyo's medications at the facility. In addition, Sharp said it offered employment to Daiichi Sankyo's employees at the Bethlehem Township site.

Neither Sharp nor Daiichi Sankyo provided employment numbers for the building. But in February 2011, Daiichi Sankyo said it expected to create about 80 jobs after buying the former Amcor facility for $10.25 million. The plant opened in 2012 and became the first U.S. packaging operation for Daiichi Sankyo, which has its U.S. headquarters in Parsippany, N.J.

For Sharp, the acquisition gives it additional packaging space and comes on the heels of a $45 million expansion completed last year at the company's Upper Macungie Township campus that boosted capacity by 30 percent.

Following the expansion and the addition of the Bethlehem Township facility and its workers, Sharp now has six buildings and just under 1,000 employees in the Lehigh Valley, company officials said.

More lines help Sharp mitigate risk, giving the company multiple buildings in the area where it can bottle drugs, Benedict said. In addition, he said the analytical lab allows Sharp to expand the services the company can offer its customer base.

"It basically adds bookends onto our packaging services," Benedict said.

As for Daiichi Sankyo, the company said it has decided to outsource its medication packaging as the company reorients its business focus toward the specialized areas of oncology and pain.

"We are particularly gratified to identify a new packaging partner that will continue employing the dedicated and talented workers at the Bethlehem facility," Ken Keller, president of administrative and commercial for Daiichi Sankyo, said in a news release. "Selling the plant to an organization that can maximize the facility is also the best long-term solution for our customers, our company, and the viability of the plant." 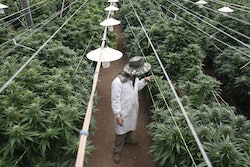 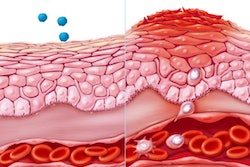 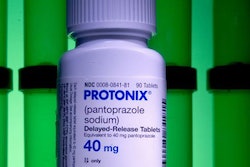 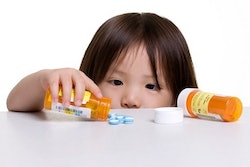 60,000 Kids Poisoned By Medicine Each Year