The vaccine is approved for use in girls and women ages 10 years through 25 years.

Genital HPV infections are the most common sexually-transmitted diseases in the United States, and HPV types 16 and 18 are the cause of about 70 percent of cervical cancers worldwide. There will be an estimated 11,270 new cases and 4,070 deaths from cervical cancer in the United States during 2009, according to the National Cancer Institute at the National Institutes of Health.

“The licensure of Cervarix adds another option in the prevention of cervical cancer” said Karen Midthun, M.D., acting director of the FDA's Center for Biologics Evaluation and Research. “It has the potential to save lives from cervical cancer as well as reduce the need for biopsies and invasive procedures associated with the necessary follow-up from abnormal Pap tests.”

The primary clinical study for Cervarix included more than 18,000 women ages 15 years through 25 years in the United States and 11 other countries. Of these women, about 9,000 received Cervarix and 9,000 received Havrix, a licensed hepatitis A virus vaccine, as a control.

The current data show that Cervarix provides protection for about 6.4 years, but additional information on the length of protection is forthcoming.

No vaccine is 100 percent effective, and Cervarix does not protect against HPV infections that an individual may already have at the time of vaccination, nor does Cervarix necessarily protect against those HPV types not in the vaccine. Therefore, regular Pap tests continue to be recommended for all women who receive Cervarix. Pap screening remains critically important to detect precancerous changes, which would allow treatment before cancer develops.

Cervarix contains the adjuvant ASO4. ASO4 is a combination of aluminum hydroxide and monophosphoryl lipid A (MPL) and is the first vaccine licensed by the FDA that includes MPL as an adjuvant. An adjuvant is a substance incorporated into a vaccine that enhances or directs the immune response of the vaccinated individual.

The safety of the vaccine was evaluated in about 24,000 girls and women, with about 13,000 of these receiving Cervarix. The most commonly reported adverse reactions in the Cervarix group included pain, redness, and swelling at the injection site, fatigue, headache, muscle and joint aches, and gastrointestinal distress.

Although Cervarix is not indicated for pregnant women, the FDA is requiring the manufacturer, GlaxoSmithKline Biologicals to conduct a postmarketing study to assess the safety of Cervarix in pregnant women following vaccination prior to identification of pregnancy. Women who are pregnant, or think that they may be pregnant, or plan to become pregnant during the vaccination course, should not use Cervarix.

Cervarix is administered in three separate shots, with the initial dose being followed by two additional shots at one and six months.

Cervarix is manufactured by GlaxoSmithKline Biologicals, based in the United Kingdom.
Companies in this article 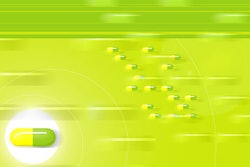 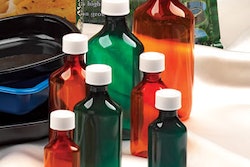 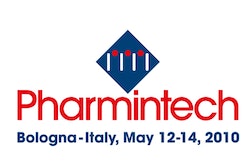 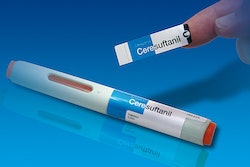 Adhesive labels for pens and autoinjectors