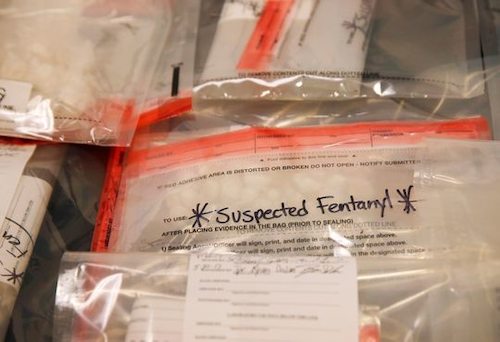 As law enforcement continues to crack down on illegal drugs, it means more cops are handling them, which could be a bad thing. A recent Detroit Free Press article discussed the issue noting that police officers are claiming that accidentally coming in physical contact with fentanyl while searching cars or rendering first aid is causing them to overdose. However, toxicologists say that it’s impossible and the panic is unwarranted.

“If you could absorb drugs by touching them, why would people bother to inject them?” asked one medical toxicologist at Baltimore’s Johns Hopkins Hospital. Although fentanyl is 50x stronger than heroin, it and similar drugs aren’t easily absorbed through the skin. In 2017, the American College of Medical Toxicology and the American Academy of Clinical Toxicology issued a paper stating that the odds of first responders overdosing from inadvertent contact with fentanyl are “extremely low.” So, it seems like the short answer is no, you cannot overdose from handling fentanyl.