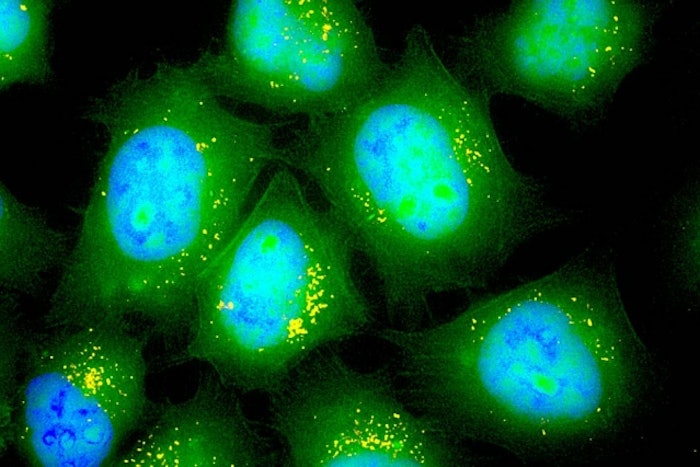 Messenger RNA (mRNA) can make cells produce therapeutic proteins that help treat disease, but delivering the molecules to target cells has proven challenging. A recentMIT Newsarticlediscussed a new approach that helps facilitate the process. MIT researchers have created an inhalable aerosol form of mRNA that can be administered directly to the lungs to treat diseases likecystic fibrosis or respiratory distress syndrome.

Developing mRNA to treat genetic disorders has been a hot topic recently as it essentially turns patients’ own cells into drug factories, but it’s no easy feat. For one, mRNA is easily broken down in the body, so it needs to be transported within a protective carrier. The team's solution was to createspheres 150 nanometers in diameter containing a mixture of polymers and mRNA molecules inside. Once the aerosol droplets are inhaled, the nanoparticles in the droplets enter the cells and instruct it to make a specific protein from mRNA. The concept was tested on mice by inducing the production of bioluminescent proteins in their lungs.

The study was funded in part by TranslateBio, a company that develops mRNA therapeutics. The company is also testing an inhalable form of mRNA in a Phase 1/2 clinical trial with cystic fibrosis patients.