Does Herpes Cause Alzheimer’s?

A molecular neurobiologist has evidence that the herpes virus is a cause of Alzheimer’s, and believes antiviral drugs could treat the disease. 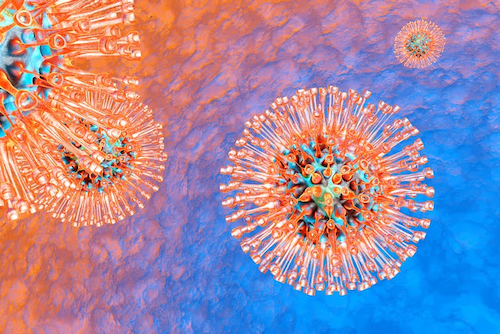 A recent article from The Conversation noted evidence that the herpes virus could be a cause of Alzheimer’s disease. Ruth Itzhaki, a professor emeritus of molecular neurobiology at the University of Manchester, believes effective and safe antiviral drugs could treat the disease, and that we could one day vaccinate children against it.

Herpes simplex virus type 1 (HSV1) infects most people in infancy and then lies dormant in the peripheral nervous system. Itzhaki believes that stress causes flare-ups of the virus, which leads to brain inflammation and dormant infections that over time cause cumulative damage and eventually lead to Alzheimer’s. Previous research shows that people with HSV1 in their brain and a specific gene, called APOE4, are 12x more likely to develop Alzheimers.

Itzhaki is quick to note that her studies show an association between herpes and Alzheimer’s, but they don’t prove the virus is the cause. However, a large-scale study conducted in Taiwan demonstrated success prevention of Alzheimer’s disease with the use of anti-herpes agents.