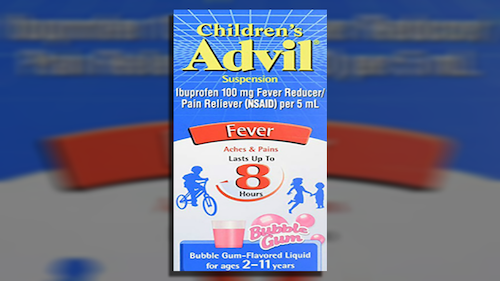 A recent Today article noted the recall of a lot of bubble gum-flavored Children’s Advil suspension medicine. Action was taken after Pfizer, maker of the medicine, received complaints from consumers who noticed a discrepancy between the instructions and the packaging. Apparently the 4-ounce bottles were packaged with cups marked in teaspoons, while the instructions contained measurements in millimeters.

Pfizer hasn’t mentioned whether or not there have been any reports of injury, but they did release a statement noting the most common symptoms associated with ibuprofen overdose, which include nausea, vomiting, headache, drowsiness, blurred vision, and dizziness.