A group called The Four Thieves Vinegar Collective is disrupting the pharma industry with homemade drugs. 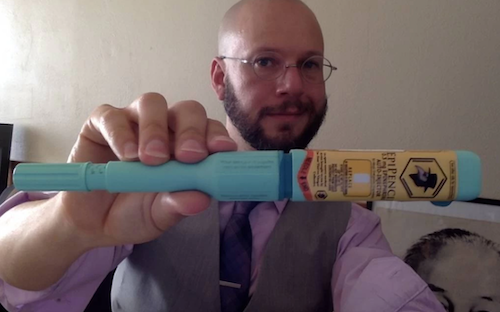 It’s no secret that pharma prices are sky high; the topic has been top of mind for FDA Commissioner Scott Gottlieb since taking the role. According to a recent Vice Motherboard article, a network of anarchists are taking matters into their own hands by actually making drugs themselves and providing instructions for other people to do the same.

The tech-savvy group goes by the name The Four Thieves Vinegar Collective, and their website contains downloadable plans for making therapies, such as a $30 DIY “EpiPencil” epinephrine auto-injector that costs just $3 to refill. The group claims to have successfully synthesized five different pharmaceuticals with their “MicroLab,” a device that mimics the extremely expensive machine that contains reaction chambers used for making drugs. Plans for the MicroLab can also be downloaded on their website.