Federal authorities seized 110 pounds of fentanyl packed into barrels of iron oxide at the Area Port of Philadelphia. 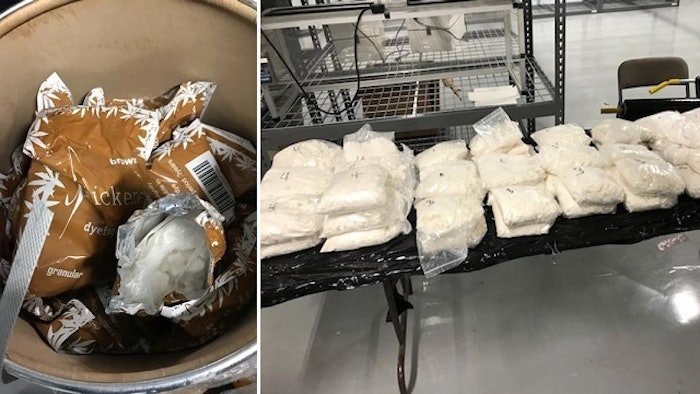 Illegal fentanyl has made the news a lot lately, most notably as the substance that killed Prince. In more recent news, a recent Fox 10 article noted that 110 pounds of the deadly opioid was seized at the Area Port of Philadelphia. The drugs, packed inside barrels of iron oxide and shipped from China, were detected after a routine check when a drug-sniffing K9 alerted officers.

Federal authorities seized 50 packages containing sealed bags of a white powdery substance. The shipment’s value was estimated at $1.7 million. The CPB reported that fentanyl seizures have become more common over the past few years, going from 440 pounds in 2016 up to 984 pounds just through April of 2018.