A shortage of 85% of medicines of Venezuela has forced residents to turn to alternative forms of treatment and even flee the country. 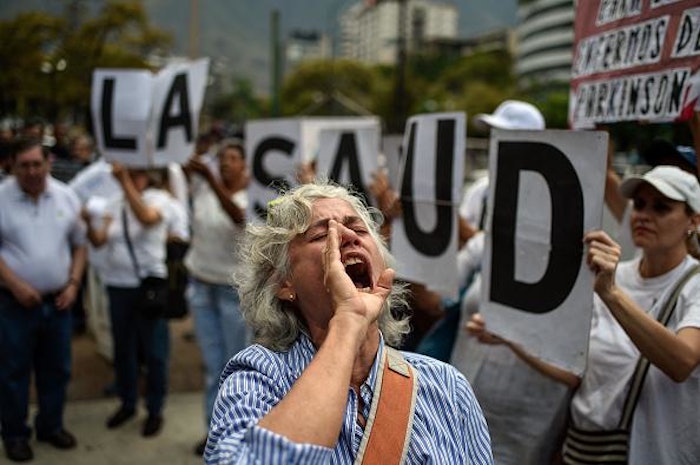 A recent Newsweek article reported on a humanitarian crisis that has left pharmacies empty and forced desperate people to turn to canine medications. According to the piece, The Pharmaceutical Federation of Venezuela has estimated that 85% of drugs are affected by the shortage, and the lack of basic vaccines and antibiotics has led to a comeback in illnesses like measles and diphtheria.

Anti-government demonstrations organized by protesters have taken to the streets of Venezuela in an effort to get the attention of the increasingly dictatorial leader Nicolas Maduro. Maduro’s refusal to address the emergency has driven doctors to reach out to the World Health Organization for aid.