Conflicting data on America’s heparin supply has raised concerns that a shortage could lead to adulterated versions entering the market. 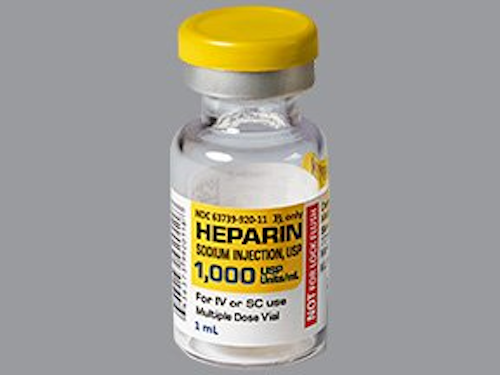 A February 2nd RAPS article discussed concern regarding the nation’s supply of heparin, an anticoagulant commonly used during open-heart surgery and kidney dialysis. Leaders of the House Energy Commerce Committee sent a letter to FDA Commissioner Scott Gottlieb urging the agency to investigate the heparin supply. Back in 2007, more than 100 American deaths were linked to adulterated Chinese versions of the drug.

The incident prompted an FDA investigation that resulted in dozens of Chinese heparin suppliers being placed on import alert. The drug can only be sourced from pig intestine, but in the event of disease outbreak, the FDA has proposed the reintroduction of heparin sourced from bovine lung to combat scarcity. During Hurricane Maria, the FDA allowed Baxter to import heparin IV bags to address a shortage.

New eye drops proved to improve farsightedness in clinical trials, and will soon be brought to market.
Oct 21st, 2019
More in Pharmaceutical