Introducing the “Nocebo Effect” and Its Relationship to Packaging

A new study shows that when patients believe one drug is less expensive than another, they’re less likely to report painful side effects. 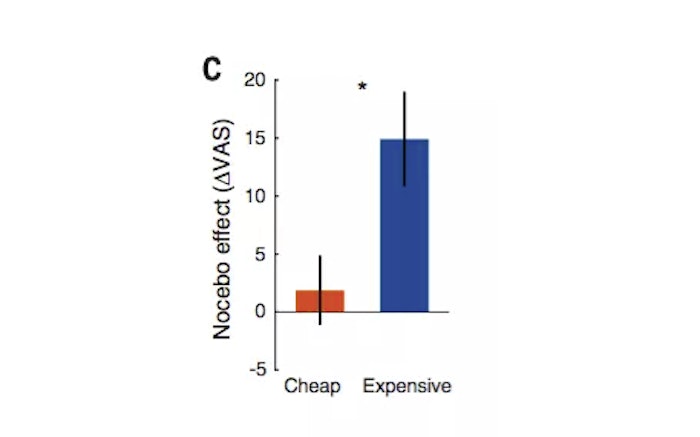 Everyone’s familiar with the placebo effect that occurs when drugs produce beneficial results that can’t be attributed to the properties of the treatment. It’s even been proven that the placebo effect works when the patient is aware it's a placebo they're taking. A recent Vox article tells of the placebo effect’s evil twin, the nocebo effect, that gives patients worse side effects when a drug costs more money. Researchers have found that when participants are aware of higher costs of a medicine, the placebo response is higher and wondered if the same applied to nocebo, so they turned to sleek packaging to set the expectation.

In the study, published in Science, the same placebo was used in two different packages: one that looked high-end, and one that looked cheap. The researchers then told the subjects that the cream could heighten their sensitivity to heat. Participants in both the expensive and inexpensive cream groups were exposed to precisely the same levels of heat, however the “expensive” cream people reported much higher levels of pain. The effect was even amplified over time.

Neuroscience studies have found that the placebo and nocebo effects actually change the way we perceive pain in the brain. Count that as a win for high-end packaging; apparently you can judge a book by its cover.