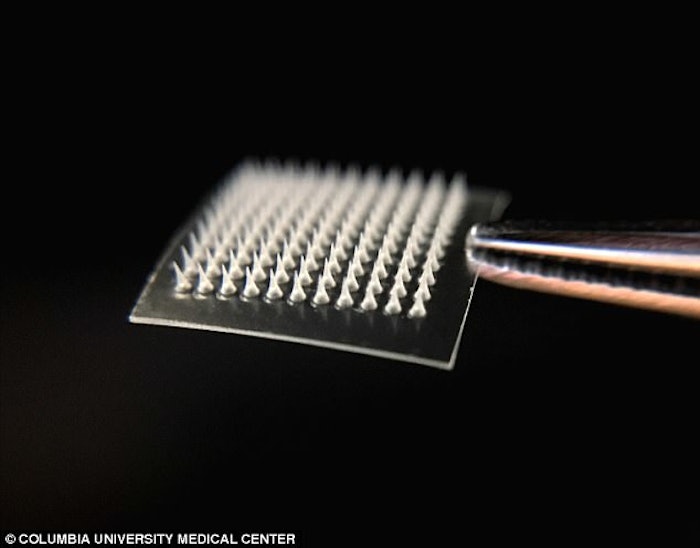 There are two types of fat: white and brown. White fat stores excess energy in large triglyceride droplets, while brown fat has smaller droplets with a high number of mitochondria that burn fat to produce heat. Researchers have been searching for a way to convert white fat into brown fat for years – a process called “browning.” There are already drugs to promote browning, but they must be taken orally or via injection. A recent article from Columbia University Medical Center (CUMC) says there’s now a skin patch solution that could avoid some of the complications associated with other methods.

Researchers at CUMC and the University of North Carolina have designed a microneedle skin patch that delivers fat-shrinking drugs locally. The drugs are encased in nanoparticles that are too small to be seen by the naked eye. They are then applied to a centimeter-square skin patch with dozens of tiny needles that when applied to skin painlessly penetrate the skin and slowly release the drugs. The patch has not yet been tested in humans, but has yielded promising results in obese mice.