Hospitals Are Running Out of A Basic, Versatile Drug

Doctors all over the country are losing their minds because hospitals are running out of sodium bicarbonate, aka baking soda. 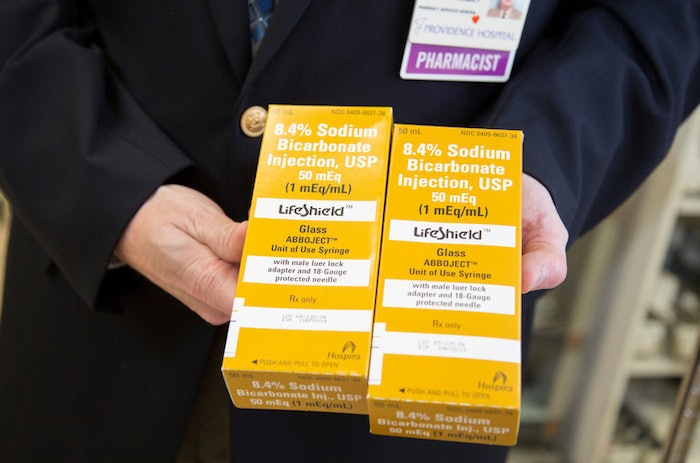 According to a recent New York Times article, both suppliers have run out of an extremely common and versatile drug, the base ingredient of which is baking soda. Sodium bicarbonate solution is used for everything from open-heart surgery to chemotherapy treatments, and hospitals struggled keeping it in stock form months. In its absence, doctors have postponed elective surgeries and have been forced to make the tough decision of which patients should get the drug.

Since it’s injected into the bloodstream, the solution must be pure and sterile. One doctor was so desperate for the solution that he researched whether he could safely mix his own batch with baking soda and water. He found just one research paper on the topic, but quickly abandoned the idea when he realized it hadn’t been done since World War II. The two manufacturers of the solution, Pfizer and Amphastar, don’t know when the issue will be fixed, but it won’t be before June for some formulations and August for others.