President Trump met with Big Pharma players to discuss lowering prices and bringing drug manufacturing back to the U.S. 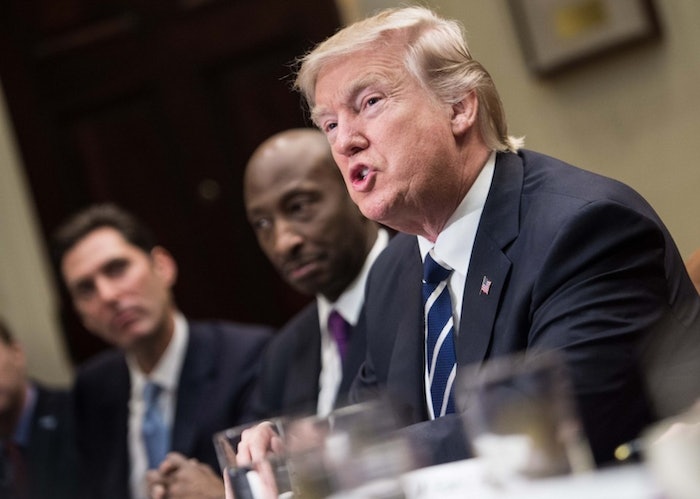 At his first news conference as president-elect, Donald Trump said the pharmaceutical industry was “getting away with murder” and vowed to change the way the country bids on drugs in an effort to drive down prices. A January 31st Washington Post article covered the first meeting between Trump as President and leaders of the pharmaceutical world including Amgen, Eli Lilly, Novartis, and Mylan. While he didn’t disclose any details, his primary objective is to increase competition by decreasing FDA regulations and creating “bidding wars.”

“I'll oppose anything that makes it harder for smaller, younger companies to take the risk of bringing their product to a vibrantly competitive market," Trump said. "But we can increase competition and bidding wars, big time.”

Diana Zuckerman, president of the National Center for Health Research, is concerned with the changes that will affect the FDA, especially since one of Trump’s executive orders imposed a federal hiring freeze.

“That will cripple the FDA’s ability to do anything other than regulate by non-binding guidance documents,” said David Vladeck, a professor at Georgetown University Law Center.“To hollow out the agency’s authority by forbidding it from dealing with emerging issues through new regulations, and perhaps even giving guidance, will jeopardize consumers and threaten the reputation of the agency around the world."