AbbVie has filed a patent lawsuit against Amgen to indefinitely delay the arrival of their low-cost arthritis Humira biosimilar. 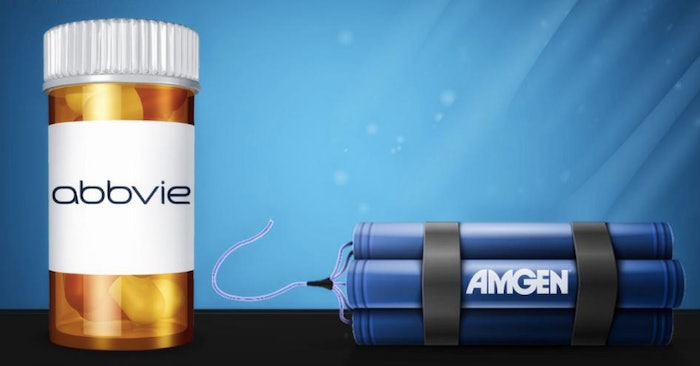 A STAT article dated August 8th covered the latest development in the biosimilar feud between AbbVie and Amgen. The former filed a patent infringement lawsuit against the latter, claiming Amgen’s version of Humira violates 10 different patents. The lawsuit is part of a legal strategy designed to delay the biosimilar’s entry to market indefinitely while the litigation plays out. The result is higher prices for payers and patients, considering biosimilars are expected to cost 20 to 30 percent less than brand name biologics.

Humira is a blockbuster drug with $14 billion in global sales last year, which accounted for over 60% of AbbVie’s 2015 revenue. The Biologics Price Competition and Innovation Act, part of the Affordable Care Act, states that a biosimilar company must notify the originator six months before launching, giving the brand-name drug maker time to identify what patents, if any, are in violation. AbbVie has identified 61 patents that Amgen may be infringing on, but only 10 were called out in this particular lawsuit.