The Brazilian pharma company invests in Esko Studio to create 3D models of packaging to get products to market quicker. 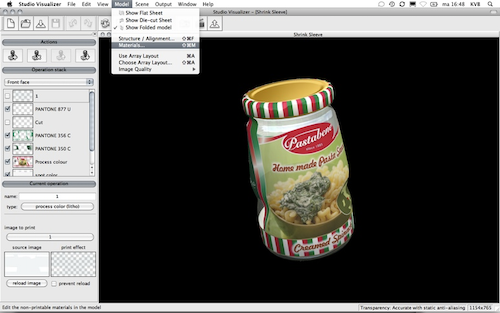 A recent press release from Esko, global supplier of everything from packaging and labels to signage and printing, announced their deal with AstraZeneca to provide software that creates 3D models of packaging. The old practice of taping labels onto boxes for review will be replaced with Esko’s 3D modeling technology, allowing executives to view 360 degree virtual mockups of the packaging. This leads to a quicker and more efficient package approval process, and an increased speed to market for AstraZeneca, the Brazilian biopharmaceutical company that focuses on research and development and commercialization of prescription drugs.

“AstraZeneca has been using Studio Toolkit for Boxes to create the structural ARD files, while Studio Designer transforms the graphic designs into 3D. They are sent to AstraZeneca's internal customers to help them better visualize the package with regards to size, shape, how they close—and to make sure that information is printed in line with its company's packaging Trademark Manual,” according to the press release. A highlight of Esko’s software is that it’s a plugin, so designers are able to work within the familiar Adobe Illustrator design package, and any computer with Adobe PDF Reader is able to view and rotate the 3D art.