What Are the Next Big Threats in ‘Superbugs’?

Walter Reed Army Institute’s MRSN Research team is searching for the next big threats in superbugs. 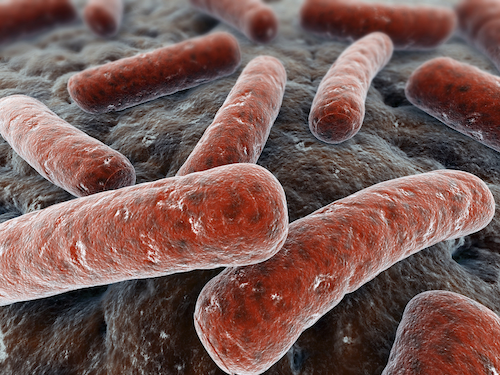 Walter Reed Army Institute’s MRSN Research team is searching for the next big threat in superbugs.

NBC News reported today the Walter Reed Army Institute of Research’s “small team at the Multidrug Resistant Organism Repository and Surveillance Network [MRSN] Lab specializes in testing germs for antibiotic resistance, which has become the scourge of hospitals all over the world.”

The article discussed a new mcr-1 gene that “gives germs the ability to withstand the effects of colistin, a last-resort antibiotic used to save the lives of people infected with serious superbugs.”

The report noted MRSN is in the process of going through 40,000 samples of bacteria stored in its freezers at its labs.

Although there was good news on the mcr-1 gene front, the story also offered this startling message: “The CDC, World Health Organization and other groups warn that it’s only a matter of time before people start becoming infected with ultimate superbugs that cannot be killed by any of the antibiotics in the arsenal.”

CDC (Centers for Disease Control and Prevention), says, “Each year in the U.S., at least two million people become infected with bacteria that are resistant to antibiotics and at least 23,000 people die each year as a direct result of these infections.” The site offers information on antimicrobial resistance, the top drug-resistant organisms, protecting yourself and your family and protecting patients and stopping outbreaks.

A May 27 WashingtonPost.com report also discussed the topic covered in the NBC News story. Headlined, “The superbug that doctors have been dreading just reached the U.S.,” the Washington Post story said, “Late last year, as part of a broader budget deal, Congress agreed to give hundreds of millions of dollars to the federal agencies engaged in the battle against antibiotic-resistant bacteria. The largest chunk of that money, more than $150 million, was slated to go to the CDC as part of an effort to build and strengthen capacity at state and local health departments to prevent and monitor superbug outbreaks.”