Salutas Pharma GmbH and its Polish affiliate LEK S.A. have upgraded 47 production lines within a year as part of its effort to implement and adhere to the European Union Falsified Medicines Directive.

Prescription medicines in the European Union must be marked with a unique identification number as of February 2019. A tamper-evident form of closure is also required to prevent manipulation.

Salutas Pharma and LEK, both subsidiaries of Sandoz companies belonging to the Novartis Group, addressed these challenges together with Uhlmann Pac-Systeme GmbH & Co. KG. The pharmaceutical packaging supplier fitted all 47 Sandoz packaging lines with serialization units in one of the largest projects in the company’s history—and did so within a tight time schedule.

Salutas sites in Barleben and Osterweddingen are recognized as modern, efficient pharmaceutical facilities in Europe. “Around eight billion tablets and capsules leave our Barleben plant alone in a year,” says Kay Reinhardt, Salutas Pharma Team Leader Engineering Projects. Many of these are marketed within the EU. In all, 26 packaging lines overall were modified at the two locations.

When it came to selecting a supplier, innovative technology, broad expertise, and, not least, the size of Uhlmann proved to be convincing factors for the pharmaceutical manufacturer. The supplier’s ability to execute a project of this magnitude was an essential criterion for Salutas.

“As we have been working with Uhlmann since the 1990s, we are familiar with the company’s project management and were certain that we would receive the necessary support,” notes Reinhardt, explaining the decision in favor of the international systems supplier of pharmaceutical packaging.

The project partners defined the machine and project details in mid-2016 and drew up an ambitious implementation plan. Salutas opted for the compact Uhlmann Serialization Platform USP. The module-based platform incorporates components for weighing, printing, inspection, and tamper-evident labeling.

The serialization process involves the marking of the cartons with a 2D datamatrix code, which is read by a camera and transmitted in real time to a site server. “We worked with Uhlmann to adapt the machine and the software, so everything optimally meets our requirements,” says Reinhardt.

Having finalized a pilot machine in May 2017, the actual rollout dealt with six lines at a time in one block, beginning in October 2017. “We worked in a five-week rhythm from then on, moving from block to block,” recalls Reinhardt.

While the upgraded lines, always four in Germany and two in Poland, were put into operation, Uhlmann prepared the next serialization units and carried out the subsequent factory acceptance tests (FAT) together with the customer. Experts from both Uhlmann and Salutas were always available to provide support for the lines and IT processes.

The last machine was released for production at the end of September 2018, completing the technical installation.

The teams will concentrate on correcting any initial issues in the coming weeks so that production complies with all the E.U. specifications by the beginning of February 2019 and meets the demanding project goal.

Reinhardt believes that an immense workload can only be accomplished when all the partners pull together. “Last, but not least, everything must function at a personal level. That also distinguished our cooperation with Uhlmann.”

The success of the large-scale project was essentially based on four pillars: good preparation, extensive testing of the pilot machine, strict adherence to the time schedule, and dedicated, well-coordinated project teams. 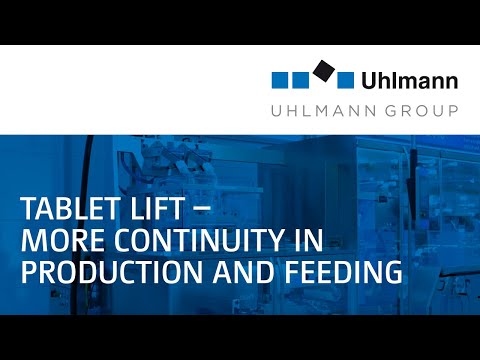 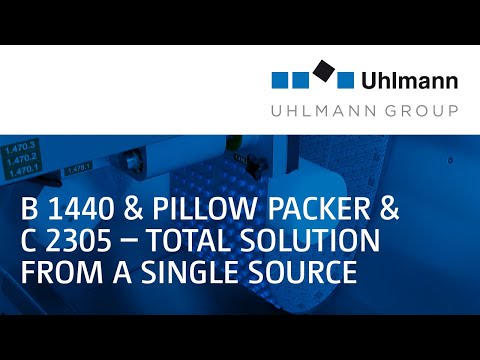 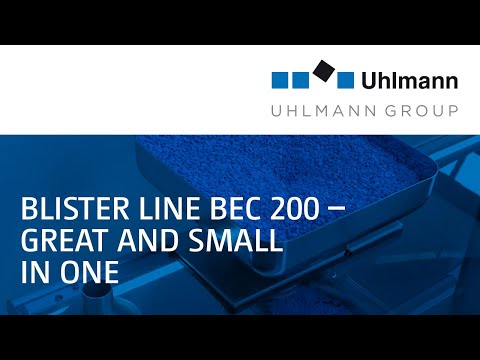 Uhlmann Blister line BEC 200 Great and small in one.

California signed a bill that will make PrEP for HIV prevention available without a doctor’s prescription.
Oct 15th, 2019
More in Pharmaceutical