‘60 Minutes’ Takes Aim at the Pharmaceutical Industry in Opioid Epidemic 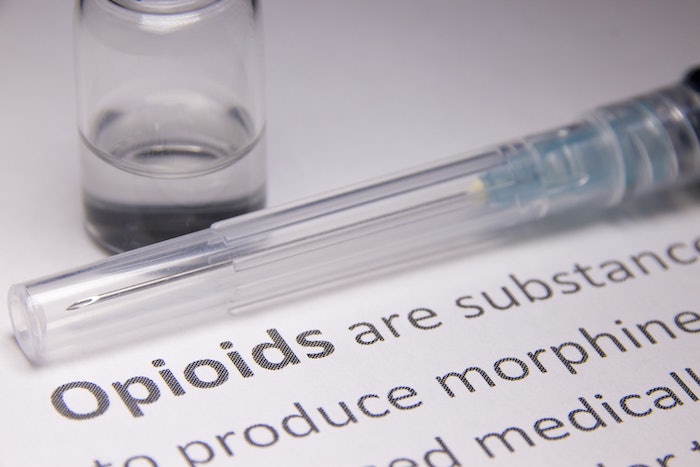 The epidemic was the subject of a scathing report and investigation by the TV show and the Washington Post on the pharmaceutical industry—and in particular pharma distributors—on CBS News’ “60 Minutes” Oct. 15 report, “Ex-DEA Agent: Opioid Crisis Fueled By Drug Industry And Congress.”

The television/online story said, “In the midst of the worst drug epidemic in American history, the U.S. Drug Enforcement Administration's ability to keep addictive opioids off U.S. streets was derailed—that according to Joe Rannazzisi, one of the most important whistleblowers ever interviewed by 60 Minutes. Rannazzisi ran the DEA's Office of Diversion Control, the division that regulates and investigates the pharmaceutical industry. Now in a joint investigation by 60 Minutes and The Washington Post, Rannazzisi tells the inside story of how, he says, the opioid crisis was allowed to spread—aided by Congress, lobbyists, and a drug distribution industry that shipped, almost unchecked, hundreds of millions of pills to rogue pharmacies and pain clinics providing the rocket fuel for a crisis that, over the last two decades, has claimed 200,000 lives.”

The Healthcare Distribution Alliance (HDA), which represents primary pharmaceutical distributors, issued the following statement from its President and CEO John M. Gray in response to the 60 Minutes/Washington Post coverage:

“Our industry recognizes the opioid epidemic as a national crisis—one that requires urgent action and solutions from across the healthcare system. While distributors do not manufacture, market, prescribe or dispense medicines—including opioids—we are supportive of initiatives by the government, public health organizations and our supply chain partners to reduce opioid prescribing, increase disposal of unused medicine, and improve patient, pharmacist and physician education.

“The most powerful and effective enforcement tool we can envision is the Drug Enforcement Administration (DEA) and the supply chain working together to combat the opioid epidemic. For the past decade, our industry has continuously sought opportunities to communicate and coordinate more effectively with DEA to better understand our reporting responsibilities under the Controlled Substances Act, and to work together to mitigate the opioid epidemic. Prior to 2016, these efforts were not reciprocated—as noted by the Government Accountability Office (GAO) in a July 2015 report. The GAO recommended that the DEA ‘improve communication with and guidance for registrants’ in order to effectively address abuse, misuse, and diversion moving forward.

“This is why the Ensuring Patient Access and Effective Drug Enforcement Act (S. 483), which had broad, bipartisan support, was a meaningful common-sense solution to create a pathway for information exchange between the DEA and its registrants that did not previously exist. Yet, under the law today, the DEA remains fully empowered to take immediate action against a registrant if there is ‘a substantial likelihood of an immediate threat that death, serious bodily harm, or abuse of a controlled substance will occur in the absence of an immediate suspension of the registration.’

“Greater clarity, dialogue and collaboration between the DEA and its supply chain partners will strengthen our nation’s ability to precisely and effectively combat prescription drug abuse and diversion.”

Nearly every company in the distribution chain, as well as physicians and patients, have been blamed for the opioid epidemic.

A June 2, 2017 article in The Atlantic asked, “Are Pharmaceutical Companies to Blame for the Opioid Epidemic?” The story named Purdue Pharma, Teva Pharmaceuticals [and subsidiary Cephalon] and Johnson & Johnson [and subsidiary Janssen Pharmaceuticals] in an Ohio lawsuit that accused the companies “of spending millions on marketing campaigns that ‘trivialize the risks of opioids while overstating the benefits of using them for chronic pain.’” The lawsuit also named Endo Health Solutions and Allergan as manufacturers of opioids.

Purdue Pharma’s website offers specific details on the responsible use of opioids on its website, aimed at helping patients and healthcare providers, as well as curbing the diversion, misuse and abuse of opioid pain medicines.

What role can packaging and the supply chain play in curbing opioid abuse? Here are some stories addressing that subject:

• “Packaging Can Help the Opioid Epidemic in Ohio.”

Let us know your thoughts on what role the packaging community, equipment and materials can play to address the opioid epidemic.