Are consumers buying into nutraceuticals?

Euromonitor Intl. examines key nutraceutical/cosmeceutical trends, major new developments in the category, the key players, and how the performance of the industry measures up in comparison to competitive products.

Euromonitor Intl. examines key nutraceutical/cosmeceutical trends, major new developments in the category, the key players, and how the performance of the industry measures up in comparison to competitive products.

Nutraceuticals are becoming a focal point for product innovation among both food and drink manufacturers and supplements players alike. The segment is currently the hot topic in the beauty industry, and as a result has produced a mass of new product innovations, all with the common goal of enhancing beauty from within.

In a bid to stay ahead in the nutraceuticals arena, both ingredients and end product manufacturers are focusing their efforts on innovation. One of the most major recent new launches was the lycopene-containing supplement Inneov Fermete, a joint collaboration from food giant Nestlé and global personal care player L'Oréal.

Lycopene is currently one of the most popular ingredients in beauty supplements. The ingredient was initially marketed on the basis of its cancer-fighting properties, but manufacturers soon also began to promote the ingredient as a beauty enhancer. Inneov Fermete is designed to be taken each day and reportedly slows down the effects of skin aging. It is currently sold in parts of Europe and Latin America, with an expected introduction in Britain.

Launched last November was the Sun Pill, a supplement touted by its producer as the “sun defence breakthrough of the decade.” Designed to enable users to stay in the sun for twice as long as normal without getting burnt, the pill represents a small but growing segment of ingestible sun protection products. It joins existing ingestible sun protection products such as Bronzage Sublime from Juvamine and Innéov Solaire from Nestlé and L'Oréal.

Cosmetic surgery is seeing double-digit growth across many European, Asian, and Latin American countries. Demand is being driven by increasingly youth-obsessed consumers looking to maintain a youthful appearance and age gracefully. With an increasingly aging population, especially in the developed markets of Europe and the U.S., significant growth in demand is expected.

A majority of consumers, however, are unable or unwilling to undergo surgery, which is fueling demand for cheaper options and could open up a window of opportunity for nutricosmetic products. The concept of maintaining an outward appearance through ingestible products is nothing new to consumers thanks to strong government and media emphasis on the effects of healthy eating on the skin. The leap from this to the concept of beauty foods and pills should in theory not be too great, but in reality many consumers remain highly sceptical about the efficacy of nutraceuticals.

In some countries, nutricosmetics play a significant role in the beauty market. In Japan, for example, there are speciality stores dedicated to the sale of nutricosmetics. Beauty-boosting ingestibles are also sold through pharmacies in Western Europe. However, the category is still relatively underdeveloped in many countries, especially in key markets like the U.S. Due to stringent regulations the U.S. market is lagging behind, accounting for only 4% of the total beauty supplements market, but interest is gradually blossoming as Americans become better acquainted with appearance-enhancing functional foods and drinks. In 2008, sales of beauty supplements in the U.S. totalled only $80 million, less than a tenth of the size of the Japanese market, but it was by far the most dynamic market, with a 42% rise in value sales in 2008 compared to just 4% in Japan over the same time period.

The Japanese Ministry of Health and Welfare assesses the quality of nutraceutical products and only issues the FOSHU seal of approval if they meet its stringent standards. Unlike many Western markets where functional food products are largely unregulated and therefore are often met with scepticism, the Japanese classification system lends a degree of credibility to products, which measure up to its standards, thus driving sales of nutraceuticals in the country.

Part of the problem in many markets is that many regard beauty foods, drinks, and supplements as being chemically altered rather than “natural.” That results in an image that does not sit entirely comfortably with the boom in sales of natural and organic foodstuffs and cosmetics, and the associated marketing messages that these products carry, which tend to emphasise their lack of added ingredients.

Although such obscure ingredient terminology may still wash in the cosmetics industry (especially the anti-aging segment), the consumer foods industry tends to lean toward the former line of marketing--consumers want to understand exactly what they are eating and tend to mistrust that which they do not. This could well have played a part in Danone's failure to develop consumer confidence in Essensis and its ultimate withdrawal from sale in most markets.

Recent studies on green tea supplements were conducted at the University of California on behalf of NuSkin. Despite being previously thought to have beneficial properties in healing sun-damaged skin, the researchers in the double blind trial concluded, “there were no statistically significant differences in the clinical or histological parameters of photoaging.” This was reported in the beauty industry press and could be damaging for the beauty supplements industry, although what really counts are the studies that end up in the mainstream consumer media.

Perhaps out of fear of investing money in costly trials only to end up with similarly disappointing results, many nutraceutical manufacturers are shying away from carrying out similar tests. On the one hand this prevents products from being discredited, yet the downside is that it hardly helps to convince shoppers to try a product. It is clear that when it comes to persuading people to part with their cash for products that will enhance beauty, there is no better persuader than a clinical trial, especially in an area such as nutraceuticals where skepticism is so prevalent.

The hype surrounding Alliance Boots' Protect & Perfect Beauty Serum may be rather old hat in the U.K. market, but the point it proves is clear. By subjecting the anti-ager to independent scientific trials and proving its efficacy, the product instantly progressed from being one of many on overcrowded shelves of anti-agers to a must-have item, selling out in shops and enabling Alliance Boots to increase the serum's retail price.

Ultimately, the nutraceuticals players that are brave enough to let their creations undergo similar tests are likely to reap the rewards in the long term, and raise the credibility of the industry as a whole. Stringent tests in Japan have actually served to make the country the world's biggest nutraceuticals market, and the same could happen in other key beauty markets if the industry overcomes its reluctance about testing. 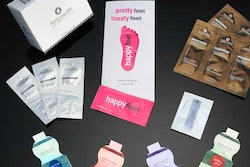 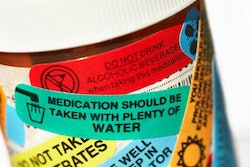 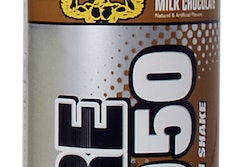 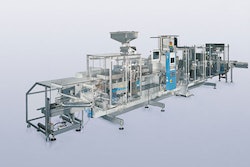