A Los Angeles-based treatment center is using marijuana as a detox and maintenance protocol for patients with severe addictions. 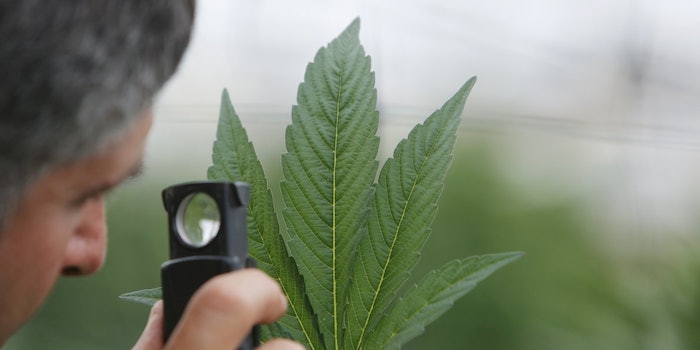 A man inspects a cannabis leaf for no apparent reason. / Image: Flickr

Marijuana is commonly referred to as a gateway drug, a drug that's not addictive but can lead to the use of other addictive drugs. However, a recent CNN article says medicinal cannabis can have the opposite effect and actually help addicts wean themselves off more serious drugs like cocaine or heroin. Though the ultimate goal of rehab is abstinence, cannabis offers “harm-reduction,” in that it replaces lethal drugs that literally alter the brain like cocaine, which is linked to seizure, stroke, and bleeding in the brain.

One researcher has found that marijuana can reverse some of the brain changes caused by heroin use and positively influence biological systems linked to negative components of addiction like anxiety and inhibitory control. A Canadian company conducted a recent study exploring the idea of swapping crack cocaine for marijuana, and it worked. Results showed that smoking marijuana reduced use of cocaine, although it didn’t produce abstinence. However, other studies have shown that long-term dependence marijuana may increase cocaine cravings and risk of relapse. A reason for conflicting data is simply the lack of research conducted on marijuana, which is still in its infancy as a medical product.