Transdermal Eye, Lip Patches are ‘Genius in a Jar’

Hydrating cosmetic patches for lips and eyes from Patchology are packaged in jar, rather than a sachet, making the products more affordable for everyday use. 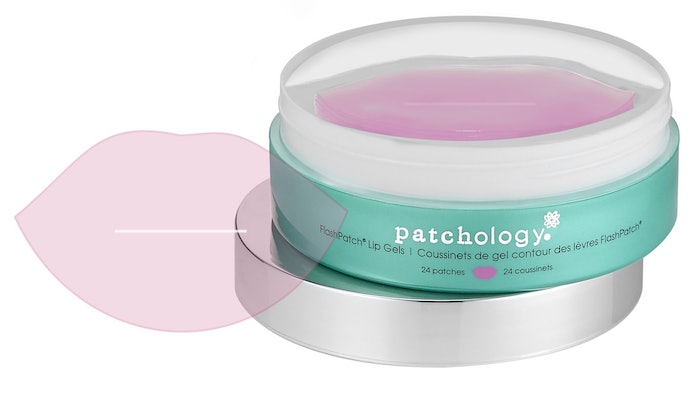 Hydrating cosmetic patches for lips and eyes from Patchology are packaged in jar, rather than a sachet, making the products more affordable for everyday use.

Launched in 2015, FlashPatch Eye Gels and FlashPatch Lip Gels from Dedham, MA-based Patchology are said to be the first transdermal cosmetic patches packaged in a jar rather than a sachet. According to Patchology President & CEO Chris Hobson, foregoing sachets in favor of a jar was a deliberate decision that brought down the per-patch cost significantly.

“When eye patches are housed in individual sachets, it can be very costly [from $5 to $10 per treatment] and causes users to only use their eye patches for special occasions,” Hobson says. “As innovators in both packaging and patches, we saw the need to make patches more convenient and accessible. We knew the packaging would be essential in achieving this goal. The jar was the perfect solution; we worked with our suppliers to create the perfect fit jar for both the eye and lip patches.”

The clear FlashPatch Eye Gel patches are cut in a yin-and-yang like shape, and are packaged interlocking in the jar, which holds 30 pairs, or 60 patches. The Lip Gels are shaped like a pair of lips in a sparkling pink color. Thirty lip patches are held within the jar in a custom-shaped insert.

The patches themselves are made from a medical-grade hydrogel that, along with Patchology’s HydraSurge5 moisture system, hydrates the skin rapidly—five minutes is the recommended time—and creates a smooth canvas for makeup. According to Hobson, there were some challenges associated with packaging the patches in a jar, but they were overcome through the help of the company’s proprietary suppliers. “We wanted to ensure the efficiency of the product and ensure the correct serum levels so the last patch is as good as the first patch,” he says.

The jars are sized to fit the products—a larger-diameter jar for the lip gels, and a slightly smaller jar for the eye gels—and comprise a pearlescent teal plastic body topped with a mirrored twist-off cap (materials and suppliers are proprietary). The Patchology logo is printed in silver on the jar along with a stylized atomic-symbol graphic that is repeated in pink on the lid of the lip gel jar and silver on the eye gel. An elegant carton printed in metallic teal, with touches of silver or pink, depending on the product, holds the jar.

According to Hobson, the response has been overwhelmingly positive from retailers, clients, and the press. “Our FlashPatch Eye Gels have been called ‘genius in a jar,’” he says. “Patches in a jar is an innovative concept, so we receive praise for making patches a convenient, everyday treatment.”

FlashPatch Eye Gels and Lip Gels are sold online on the Patchology site, as well as at Neiman Marcus and Bergdorf Goodman stores for $50 per jar.