Scientists at University of Michigan have created an open-source leg in hopes of expediting the development of smart prosthetics. 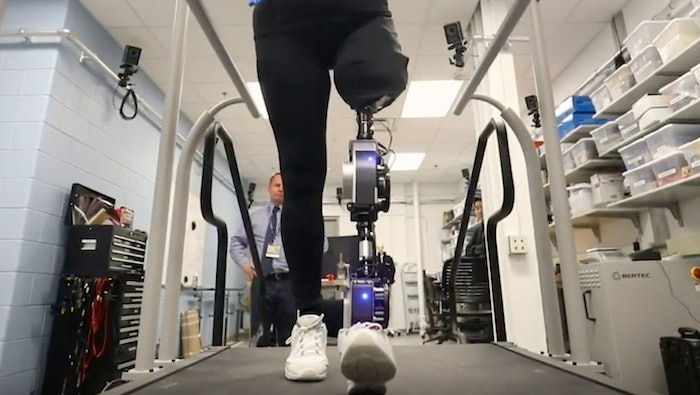 A recent Quartz article discussed the recent development of an open-source prosthetic leg. While open-source projects for the development of upper-body parts such as hands are somewhat commonplace, this is a first for legs, which are more finicky given that they’re responsible for balancing and supporting the body. The folks behind the limb hail from the University of Michigan and Shirley Ryan AbilityLab, and they unveiled their artificially intelligent prosthetic leg at Amazon’s Re:MARS conference in Las Vegas.

The goal of an open-source limb is to have researches and patients work collaboratively with the same free-to-copy design and programming, rather than each group starting from the ground up. Their website contains information on how to make, assemble, and control the limb as well as a parts list with detailed instructions for assembly, and forums in which users and developers can interact and share ideas and experiences.