A new product brings the operating room to the patient, making it sanitary and surgery-ready. 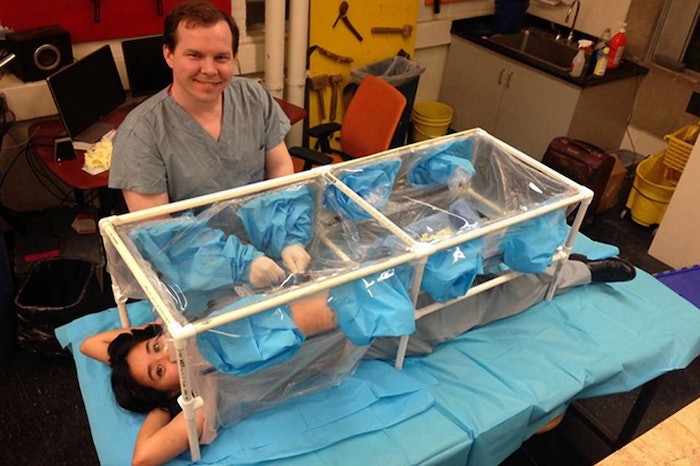 It’s reported that 5 billion people worldwide don’t have access to adequate surgical care, resulting in 18 million deaths each year. A grad student aims to change that with SurgiBox, a product that vastly improves the sanitation of operations performed in the field or in developing countries. A January 8th article from MIT News reported on the development and improvement of the product.

A team at Harvard Medical School created the product, and after winning a $70,000 grant, they decided to seek out a mechanical engineer to enhance the design. That’s where MIT graduate student Sally Miller comes in; she took the project on as her master’s thesis. Miller observed a pacemaker surgery, where she realized the patient doesn’t have to be in the SurgiBox- the SurgiBox should be on the patient.

She added adhesive drapes at the point of incision, and transformed the plastic frame into an inflatable tent that uses air from a HEPA filter that removes 99.997% of contaminants. The next step for the team is user testing. They’ve teamed with local Boston-area hospitals to ensure its design works efficiently with surgical workflows.