Researchers have developed an artificial womb in an effort to care for premature babies, and animal testing looks promising. 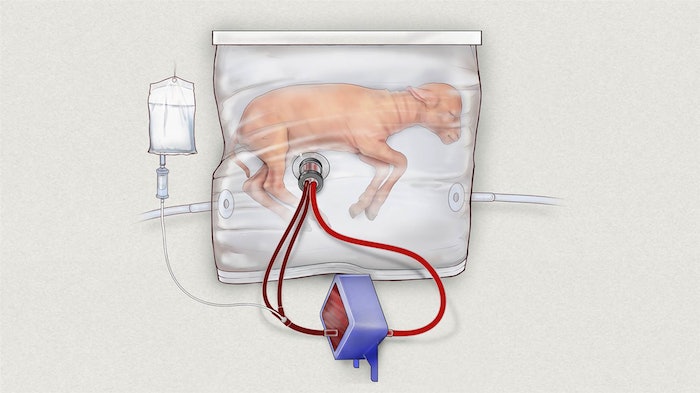 Nowadays when a baby is born early, he or she is attached to ventilators inside an incubator. But maybe what they really need is more time in the womb- an artificial womb. Researchers at Children’s Hospital of Philadelphia have created a fluid-filled transparent container that mimics the uterus’ ability to nurture a fetus. It even attaches to a mechanical placenta that oxygenates the blood. Early stage testing of the device was performed on premature lambs, and results showed that they developed normally for three to four weeks.

One researcher noted that the artificial womb is not intended for preemies younger than today’s limits of viability, and suggested that some parents might be hesitant to use one. However, the baby can always be transported to standard care if the system doesn’t appear to be working. The device has a ways to go before it’s ready for human testing, but the results from animals proved promising. You can reference the article here to read more about the lamb trials.