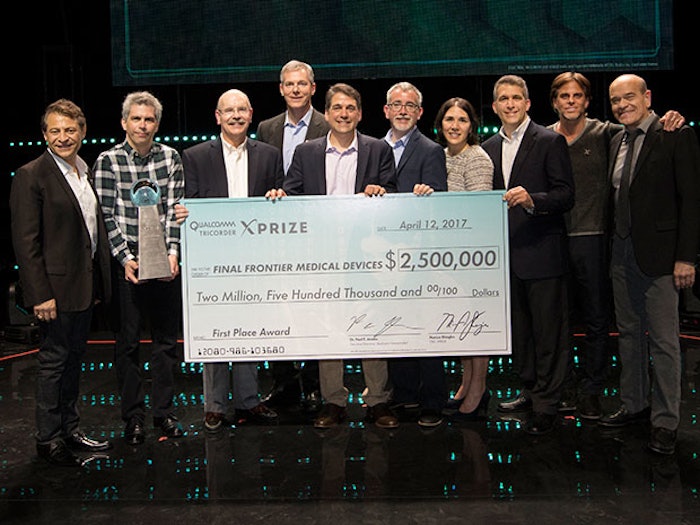 In 2012, nonprofit XPRIZE and chipmaker Qualcomm began a competition to create a functioning medical tricorder, a real life version of the fictional mobile diagnostic device from Star Trek. Over 300 companies competed in the contest, but the organizers continually pushed the contest timeline back due to poor initial results. But, according to a recent IEEE Spectrum article, the results are in and Philly-based Final Frontier Medical Devices is the winner of the $2.5 million prize.

The winning device, dubbed DxtER, is capable of diagnosing 13 medical conditions without the aid of a doctor. Brothers Basil and George Harris, an emergency room physician and network engineer, developed the device together. “The tricorder that we’re developing for this competition is more advanced than the tricorder from Star Trek series, “ said Basil in a recent video.