Swiss scientists have developed an ultra-thin second skin that gives the wearer touch feedback without vibration. 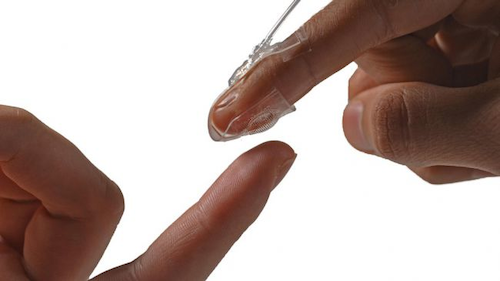 If you’ve ever tested an Oculus virtual reality headset, you know that the technology is still in its infancy and is far from a realistic experience. However, a recent Tom’s Guide article discussed a new development that could prove to be a giant leap forward for VR. Scientists at the Swiss Federal Institute of Technology Lausanne have created wearable skin that deforms and adapts to the wearer’s moving body. The skin gives touch feedback, enabling people to touch and be touched in VR. The ultra-thin material is less than 500 nanometers thick and equipped with pneumatic actuators that give the illusion you’re touching a real object.

The prototype gives touch feedback in real time and won’t inhibit movement. When the actuators are activated, they inflate the membranes to simulate touch but won’t stop you from moving your hands beyond the surface of the object. The team behind the second skin hasn’t specified a timeline for mass production, but you can watch a video demo here in the meantime.

A team at UW Madison has developed a wireless patch that adheres to the scalp and generates electric pulses to combat balding.
Sep 25th, 2019
More in Medical device packaging

Using barcode and knowledge graph technologies, the app sits on top of all other databases to provide complete and current information to users.
Melissa Griffen
Aug 14th, 2019