A drone system reached fake patients 90 to 120 seconds faster than an ambulance in trials conducted in a busy city in Iraq. 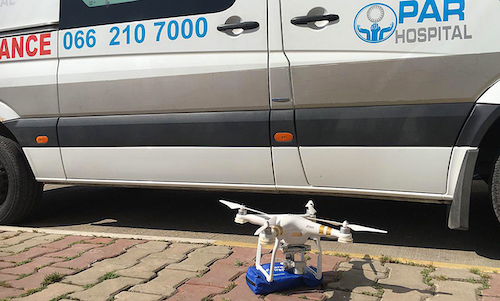 Back in May, we reported on a drone that delivered a kidney for a transplant operation. A recent IEEE Spectrum article discussed a new use for drones in the medical world. Apparently a team in Iraq and Australia has created a system that detects when elderly people fall, and deploys drones to the scene with a small first aid kit. They even pitted the drones against an ambulance in time trials and determined the drones arrive to the scene 90 to 120 seconds faster.

The drone system could be used to deliver supplies, such as a portable defibrillator or EpiPen, for a number of medical emergencies, but there are limitations. The system only works outdoors, and someone needs to be at the scene of the accident to administer the aid.

Researchers have developed the first-ever robotic arm that can continuously track and follow a computer cursor controlled by thought.
Jul 9th, 2019