Illinois will become the first state to require insurance companies to cover EpiPen injectors for kids. 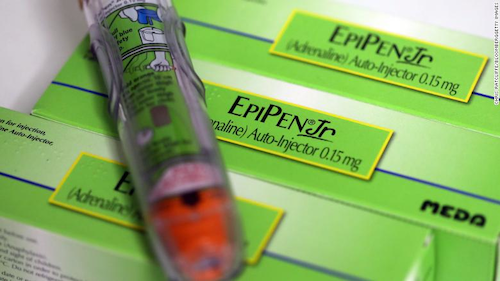 EpiPens, the epinephrine auto-injectors that treat serious allergic reactions, have received a lot of attention in the media the past few years. Competitor failures led to a monopoly for Mylan, the maker of the device, and the company hiked the price of a two-pack up from $100 in 2009 to more than $600 in 2016. A recent CNN Health article discussed the latest development in the EpiPen saga: insurance coverage. After a decade of rising EpiPen prices, Illinois will become the first state to require insurance companies to cover the cost of EpiPens.

“With steady increases in food allergies and other serious allergic conditions, families are relying on EpiPens more than ever before,” said Senator Julie Morrison. “We should be doing everything we can to expand access to affordable lifesaving drugs and medicines. No child with a serious allergy should be without an epinephrine injector because they cannot afford one.”

Using barcode and knowledge graph technologies, the app sits on top of all other databases to provide complete and current information to users.
Melissa Griffen
Aug 14th, 2019