Scientists have devised a way to fight metastasis by killing tumor cells in the veins of patients with melanoma. 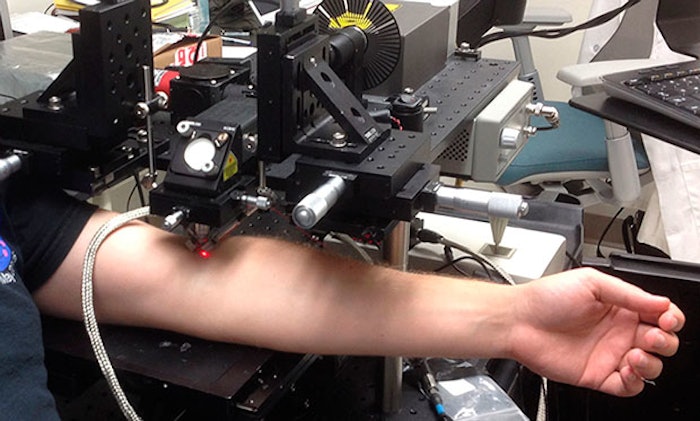 Metastasis is the spreading of cancer, and it’s the primary cause of cancer-related death. It occurs when cells from primary tumors, known as circulating tumor cells (CTCs) break off and travel throughout the body via the bloodstream and lymph system before settling in a new area and forming a secondary tumor. A recent IEEE Spectrum article discussed a new method to fight metastasis with a harmless, noninvasive laser. A team of researchers at the University of Arkansas for Medical Sciences used the device to detect and kill cancer cells in 27 out of 28 patients with melanoma with accuracy 1,000 times better than current technology.

The laser is beamed at a vein and sends energy into the bloodstream to cause heat. Cancer cells absorb more energy than normal cells, which causes them to heat up quickly and expand creating sound waves that can be recorded by an ultrasound. This makes the CTCs detectable, which was the point of the study, but the team also discovered the device can destroy the cells before they have a chance to settle and cause metastasis. In one patient, the laser destroyed 96% of the tumor cells that the beam encountered.