Peek Acuity is an app that brings the principles of an eye test to smartphones to improve eyesight in developing countries. 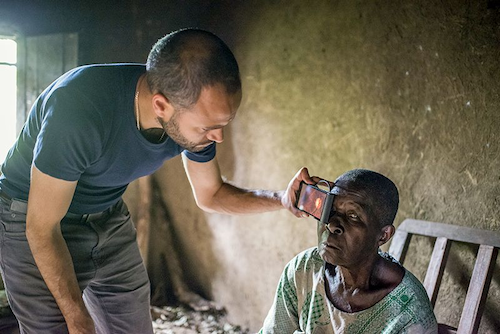 Yesterday, we told you the FDA doesn’t want you diagnosing concussions with smartphone apps, but according to a recent Nature article, eyesight problems may be another story. In 2012, an ophthalmologist from London moved to Kenya to study vision loss in developing countries. He found that there are only about 100 ophthalmologists servicing a population of nearly 50 million people, and that correcting a person’s vision could increase their income 20%.

So, he created Peek Acuity, a smartphone-based app that allows anyone to check visual acuity using only an Android smartphone. It’s not intended to replace detailed examinations from qualified optometrists, but it helps screen and identify people who need further examination. A video demonstrating how the app is used can be viewed here.